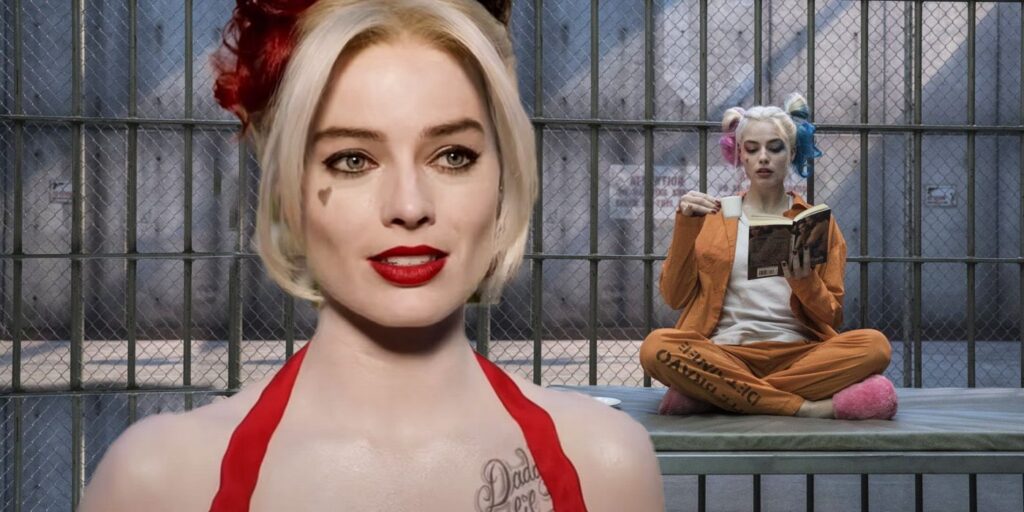 James Gunn’s The Suicide Squad delivered on the hype built up for it, but never really confirmed whether it was a sequel. Even now, there’s still a lot of confusion surrounding the movie’s connection (or lack thereof) to David Ayer’s Suicide Squad, which released in 2016. Is The Suicide Squad a sequel, a remake, a reboot, or just a standalone story that may or may not be set in the DC Extended Universe? The answer is somewhat complicated.

Producer Peter Safran firmly described James Gunn’s The Suicide Squad as a “total reboot“ in March 2019, explaining that this is why the movie’s called The Suicide Squad as opposed to Suicide Squad 2. But it’s clearly not a total reboot, since it features four returning characters and cast members from Ayer’s movie: Viola Davis as Amanda Waller, Joel Kinnaman as Rick Flag, Margot Robbie as Harley Quinn, and Jai Courtney as Captain Boomerang. The earliest roll call teaser even began with Amanda Waller saying, “You know the deal” – an acknowledgment that audiences are already familiar with the Suicide Squad set-up.

Related: The Suicide Squad’s Next Spin-Off Has A Huge Villain Problem

The marketing reasons for Warner Bros. wanting to distance The Suicide Squad James Gunn made from 2016’s Suicide Squad are obvious. Ayer’s movie was a box office success but a critical failure that still showed great franchise potential, which has the enticing premise of a group of supervillains who are forced to work together on a black ops team. But, strictly speaking, is The Suicide Squad a sequel? Even James Gunn himself has said that The Suicide Squad isn’t a sequel nor a reboot entirely, and the movie itself may confirm what he meant by tying to Ayer’s movie without following it faithfully.

Described as far back as the DC FanDome behind-the-scenes teaser as a “gritty 1970s war movie,” The Suicide Squad has a similar premise to Suicide Squad, but it’s definitely not a remake. But is The Suicide Squad a sequel in the truest sense? The four returning characters are joined by 13 new characters, and they’ve been recruited for a very different mission by Suicide Squad leader Amanda Waller. The high body count – which Gunn always promised in the marketing – almost suggests a standalone film, but the ending could also set up a sequel. And, really, there are suggestions that The Suicide Squad could have followed directly on from the 2016 DCEU original.

In retrospect, Harley Quinn’s last adventure, Birds of Prey (And the Fantabulous Emancipation of One Harley Quinn), offers a model for how The Suicide Squad‘s relationship to Ayer’s movie works. While Birds of Prey acknowledged the existence of Suicide Squad – for example, when Harley sees a Wanted poster for Captain Boomerang and says, “Hey, I know that guy!” – it didn’t get hung up on trying to connect its plot to the ending of Suicide Squad. Instead, it delivered a standalone story that begins with Harley and the Joker breaking up – which, fans can assume, happened sometime after Mr. J busted her out of prison. The relationship hinted at between Harley, Captain Boomerang and Rick Flag suggests they are old friends, but never outright mentions their previous mission. There’s also an allusion to Harley’s break-up with Jared Leto’s Joker to cement that suggestion.

It is, of course, also possible that the firm explanation for the film’s link to Ayer’s might come retroactively in The Flash, the first solo movie for Ezra Miller’s big-screen version of Barry Allen. Featuring a plot inspired by the DC Comics story Flashpoint, The Flash movie will introduce the DC multiverse and posit that all previous movie versions of Batman – from Michael Keaton to Ben Affleck (both of whom will appear in the movie) – exist in a shared canon of parallel universes. If that logic is applied to the two Suicide Squad movies, the explanation could be as simple as them taking place in parallel universes. The vague links in the narrative wouldn’t entirely stop that possibility.

Overall, the DCEU’s approach to continuity has become noticeably more relaxed since 2017’s Justice League disappointed fans and critics alike. Warner Bros. has expanded into completely unconnected stories like Joker, while the members of the DCEU Justice League splinter off into their own franchises rather than teaming up for a sequel. The Suicide Squad is probably best described as a soft reboot rather than a total reboot, but with so many characters and lots of explosions to get through, the key is that it never really bothers to overtly consider its place in the wider franchise.

It’s still unconfirmed whether Suicide Squad 3 will ever happen, and James Gunn has stated that his current focus is TV projects. However, if a threequel happens, it’ll have to decide whether it wants to reboot again or try something else. On the one hand, a third Suicide Squad movie could explicitly link the first two films together more fully to forge a true trilogy. On the other, it could try to capitalize on the smash success of The Suicide Squad and ignore the original altogether. There’s even a third option: that after Peacemaker, Suicide Squad 3 will have no choice but to start from scratch yet again. Whatever happens, James Gunn’s The Suicide Squad has helped ensure that the franchise will have an audience when and if it continues. In the meantime, the Peacemaker series on HBO Max is ably providing a similar tone and feel to The Suicide Squad for those hunting out some irreverent, brutal antihero action.