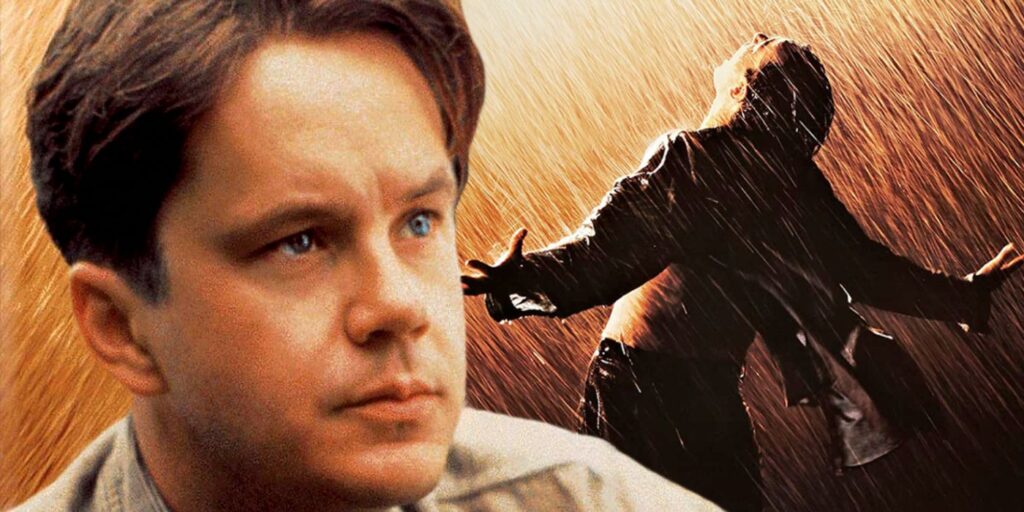 The Shawshank Redemption follows banker Andy Dufresne (Tim Robbins), a man sentenced to life in prison in 1947 and spends the next 19 years hatching an escape plan from the Shawshank State Penitentiary. During his time incarcerated, Dufresne befriends fellow inmate and contraband smuggler Ellis ‘Red’ Redding, the film’s narrator (played by Morgan Freeman) who unknowingly provides the banker with the tools needed for the escape. Although he serves as the film’s narrator, The Shawshank Redemption never reveals why Red is imprisoned. The original source material, on the other hand, provides more of a backstory for the character.

Related: Why Shawshank Redemption Is Still IMDb’s Top Rated Movie Of All Time

Darabont’s first credit as screenwriter and director is a 1983 short film adapted from King’s story, “The Woman in the Room,” first published in the 1978 collection Night Shift. King only charged the young filmmaker a dollar for the rights to make “The Woman in the Room” into a short film, and it opened the door for Darabont to return for Rita Hayworth and Shawshank Redemption in 1987. After receiving a screenwriting credit for A Nightmare on Elm Street 3, Darabont paid King $5,000 for the rights to make the prison story into a feature film. Darabont collaborated with Stephen King regularly since making The Shawshank Redemption, including on another period prison film, The Green Mile.

While the answer to “is Shawshank Redemption a true story?” is no, Shawshank Prison is mentioned in several of Stephen King’s works and the jail scenes were filmed in a real Ohio prison. Though the movie is technically set in Maine, principal photography primarily took place in Mansfield, Ohio, with the Ohio State Reformatory being the film’s shooting location. The historic prison was built between 1886 and 1910, remaining operational until 1990. A United States Federal Court Ruling ordered that the facility be shut down, and The Shawshank Redemption timeline of filming began production in 1993. The Ohio State Reformatory has been a site used in other films as well, such as Tango & Cash and Air Force One, while various artists like Marilyn Manson and Lil Wayne have also filmed music videos in the space. The famous prison is now open to tourists 4 days a week from 11 a.m. to 4 p.m., from February to March and November to December. While the location has been used for numerous movies and TV shows since The Shawshank Redemption, the Stephen King movie is definitively what made the site famous.

The Shawshank Redemption isn’t based on a true story, so why do some still believe this to be the case? It could have something to do with the similarities in a real-life escaped prisoner incarcerated at the same penitentiary in which the movie was filmed. An inmate named Frank Freshwaters escaped incarceration in 1959 after being sentenced to 20 years at the Ohio State Reformatory. While Freshwaters, like Andy, discovered the benefits of befriending prison officials, he did not tunnel his way to freedom. The convict was also captured 56 years after escaping, a fate that would have greatly altered the ending of The Shawshank Redemption. Despite the similarities, audiences simply have to accept Shawshank as a pioneering work of fiction rather than a true-to-life chronicle.

Next: Shawshank Redemption: What The Main Cast Almost Looked Like