How to Get Adventure Journals in Diablo Immortal | Screen Rant 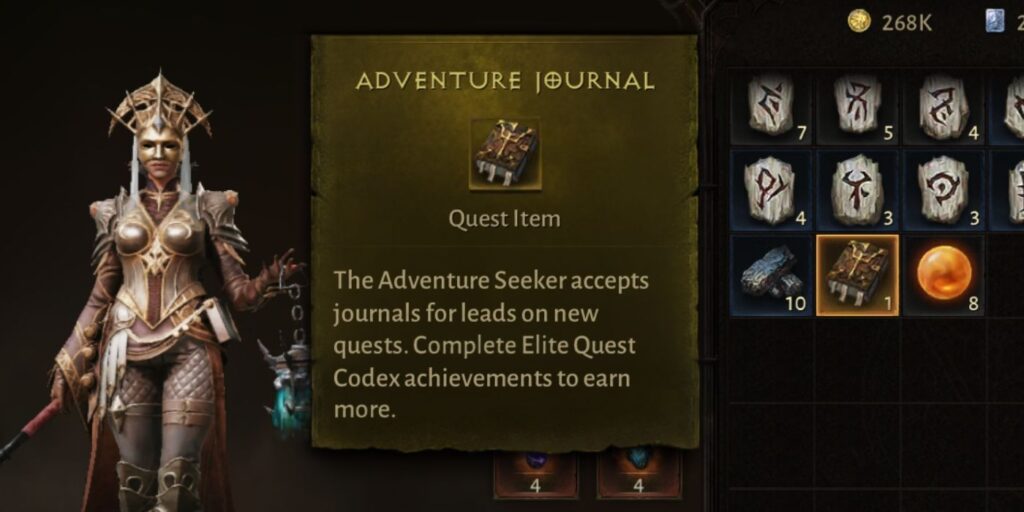 Adventure Journals are rare rewards in Diablo Immortal that can be used to initiate special quests, but there’s no way to obtain them at the start of the game. In order to start completing activities that award Adventure Journals, players will need to reach the max character level of 60 and switch to Hell difficulty. Unlocking Hell difficulty and Paragon leveling will require some grinding, so players should be prepared to commit a decent amount of time to the game before Adventure Journals become available.

The best ways to reach level 60 quickly are to complete story missions, unlock Bestiary pages, and level up the Battle Pass in Diablo Immortal. Once a character reaches level 60, players can continue farming for XP to reach new Paragon levels and earn Adventure Journals. In order to earn these special rewards, players will need to complete specific missions and reach Paragon milestones.

Taite, the Adventure Seeker NPC, is a vendor in Westmarch that gives both Side Quests and Elite Quests. Unlike the Elite Quests, Side Quests don’t require any items to initiate, but the rewards aren’t as good. Taite can be found just south of the Wolf City Tavern where players can enter the Shadow Lottery in Diablo Immortal or gain access to the Court of Whispers. The Adventure Seeker is also immediately west of the Essence Transfer NPC.

Once players speak to Taite, they can select the Elite Quests option and choose which mission they want to accept. Unlike most of the activities in the game, the rewards for completing an Elite Quest aren’t listed. It doesn’t matter which Elite Quest players accept, but reading the description will provide some basic information, including the region where the mission will take place. Once an Elite Quest is accepted, the Adventure Journal will be gone, and players will need to collect another one to complete additional missions in Diablo Immortal.

Diablo Immortal is available for PC, Android, and iOS.