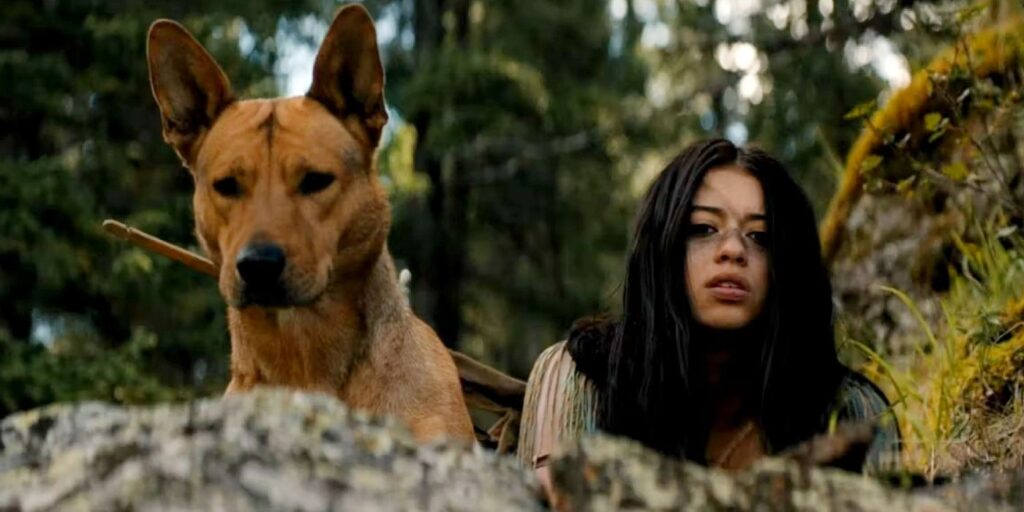 Warning! Spoilers ahead for Prey.

Prey director Dan Trachtenberg explains how he was convinced to include more dog scenes in the new Predator film. The fifth Predator film overall, Trachtenberg’s newest entry transports viewers back to a setting and period the franchise has never gone to before. Prey takes place in the early 18th century and follows Naru (Amber Midthunder), a Comanche hunter who faces off against the first alien Predator to ever land on Earth. Prey has been a hit with both audiences and critics, with may praising Midthunder’s performance and the film’s unique setting.

Although Midthunder’s Naru is the main character in the film, Prey also features a handful of supporting characters who also feature prominently. Naru is depicted as something of a loner throughout the film, often at odds with the male members of her group for her desire to be a hunter. While Naru is close with her brother, Taabe (Dakota Beavers), it’s her dog, Sarii, who is her main companion. Sarii accompanies Naru while she’s on her hunting trips and, during one of Prey‘s more tense sequences, even has a close call with an angry grizzly bear.

Related: Every Weapon The Predator Uses In Prey

In a recent press conference for Prey, as per Discussing Film, Trachtenberg reveals that he originally intended for Sarii (whose real name is Coco) to have a smaller role. During the editing process, however, the director explains that friends and family members were shown test screenings of the film and they all called for more dog scenes. While adding more of Sarii proved challenging due to the very limited number of usable scenes he had to pull from, Trachtenberg ultimately pulled it off. Check out Trachtenberg’s full comment below:

“It was a huge difference, the making of the movie and the watching of the movie. How do we get Coco out of this scene? How can we shoot her and get her away? As we were developing [Prey] or showing cuts to friends and family, everyone was like, ‘more dog.’ I’m like, ‘you don’t understand, we can’t. We are using every usable frame of this dog!’”

There’s an old adage in Hollywood to never work with children or animals due to the extra time, money, and resources it takes, but Trachtenberg clearly made it work for Prey. In the film, Sarii is both both loyal and independent, taking cues from Naru but also making her own decisions and frequently going off on her own. The animal evidently struck a chord with those who saw test screenings and, thankfully, despite Prey‘s many other animal deaths, Sarii makes it to the end of the movie alive.

Naru spends much of the film on her own and the choice to give her an animal companion helps to instantly make her empathetic and likable. Not only that, but Sarii develops her own personality, in many ways, helping Naru get out of trouble and giving Midthunder a scene partner of sorts. With Sarii being such a hit in the film, hopefully some Prey outtakes or deleted scenes will be released at some point in the future, showing off what Coco was like behind the scenes.