How Batman Escaped At The End Of The Dark Knight Rises 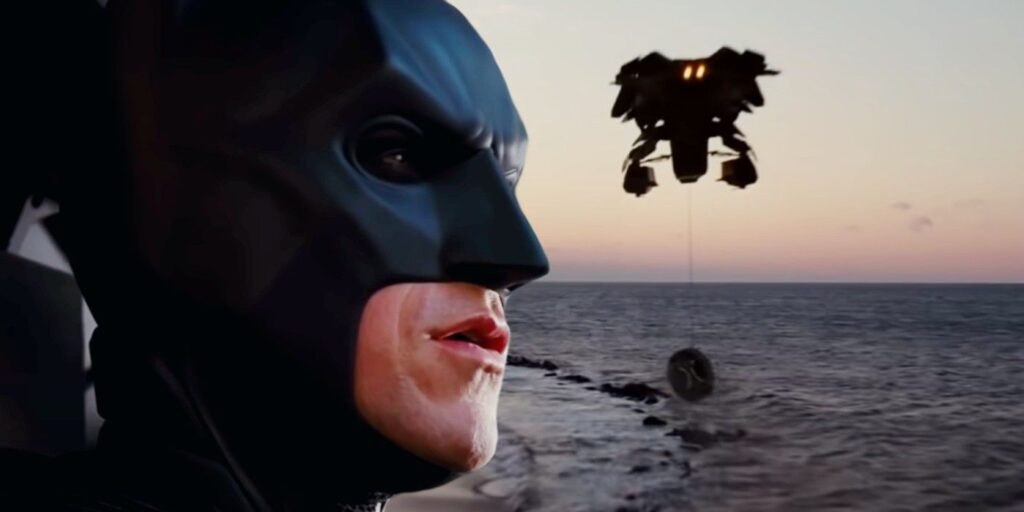 The Caped Crusader went through another adaptation in the early 2000s, this time with Christopher Nolan as director and with a very different style than Burton and Joel Schumacher’s films. First was Batman Begins in 2005, which introduced the audience to Christian Bale as Bruce Wayne/Batman, Liam Neeson as Ra’s al Ghul, and Cillian Murphy as Jonathan Crane/Scarecrow. The sequel, The Dark Knight, featured a new version of Batman’s archenemy, the Joker (Heath Ledger), and had a much darker tone than its predecessor which — along with Ledger’s performance and the overall story — made it one of the best superhero films of all times. Nolan’s trilogy closed with The Dark Knight Rises, now with Bane (Tom Hardy) and Talia al Ghul (Marion Cotillard) as villains. The film made fans believe for a couple of minutes that Batman sacrificed himself to save Gotham City, but that turned out to be a lie.

Related: The Dark Knight: Why Heath Ledger’s Joker Licks His Lips So Much

With Gotham City about to be destroyed by a bomb, Batman and Selina Kyle (aka, Catwoman) did their best to stop it from detonating by taking it to the reactor chamber so it could be stabilized, but Talia made sure that wouldn’t happen. With no way to stop the detonation, Batman decided to use the Bat and flew the bomb away from the bay, so it wouldn’t explode over the city. Batman was then presumed dead (a fate that may be in store for Ben Affleck’s DCEU Batman). But, the end of The Dark Knight Rises revealed that Bruce was alive and well, living in Europe with Selina. It was mentioned earlier in the film that the Bat’s autopilot wasn’t working, and as Batman was never seen leaving the aircraft, audiences have wondered how it was possible for him to be alive. So does Batman die in The Dark Knight rises? Not according to Christopher Nolan and Christian Bale, who both stand by the face-value interpretation: that Bruce faked his own death. Here’s the disputed Batman death/escape at the ending of The Dark Knight Rises explained.

Here’s why so many fans still debate the “does Batman die in The Dark Knight Rises” quandary despite showing a living Bruce Wayne. The ending of The Dark Knight Rises reveals that Bruce Wayne survived Talia’s bomb. In order to explain how Batman could have gotten out of the Bat and gone to a safe zone before the bomb went off, it’s important to note that that specific part of the film is not told chronologically – meaning that the Bat flying away and the close-ups of Batman’s face are not happening at the same time. This makes it possible for Batman to set the aircraft to autopilot — which was revealed to have been fixed before this happened — and eject safely before the explosion.

As to when exactly the Dark Knight ejected from the Bat, some believe it happened ten seconds before the explosion, while some argue it could have happened during the explosion at the top of the building (connecting with one of the often mispronounced Ra’s al Ghul’s lessons in Batman Begins about smoke). The trick here is Nolan’s use of non-linear shots to make the audience believe Batman didn’t survive at the end of The Dark Knight Rises, saving one last surprise for the final shot of the film. Bruce’s survival means he could move out of Batman’s shadow and live his own life free of the vigilante’s responsibility following him saving Gotham City.

Now, it’s possible that the Bat, just like the Tumbler, had a secondary vehicle through which he could have escaped. Some fans have theorized the Bat could have used one of Nolan’s hi-tech Batman gadgets that allowed it to go underwater, so as to provide some shield against the radiation from the bomb and do so with enough speed to get him as far from the blast’s radius as possible. Considering the non-linear shots, Batman could have ejected himself from the plane and flown miles away in no time. It’s also possible the ending of The Dark Knight Rises was all in Alfred’s head and didn’t actually happen at all. After all, Bruce’s father-figure wanted him to leave the Batman life behind and move on. Death was not something Alfred had in mind, so it could be TDKR‘s Alfred envisioned a no-longer-caped-up Bruce being happy with Selina as a way to cope with his grief.

Related: Every Clue To The Talia Al Ghul Twist In The Dark Knight Rises

The biggest reason Batman could have survived (and retired) in The Dark Knight Rises is that Nolan wouldn’t have ensured the autopilot explanation was in the film if the hero was meant to die all along. Batman always made sure that his gadgets were working and it seems counterproductive to have spent so long healing in an underground prison only to survive, get back to Gotham, and die in a blast. To be sure, Nolan has a tendency to include story details that warp what is and isn’t reality (the non-Batman movies from Christopher Nolan like Inception and The Prestige being examples), and he could have done the same for the ending of The Dark Knight Rises. But when parsing through the film’s finale in hindsight, it’s more than likely Batman simply ejected himself ahead of time.

Christian Bale has been asked about Batman’s final scene in The Dark Knight Rises. He’s made his views on the theory and ambiguity pretty clear, and he’s firmly in the “Batman survived in The Dark Knight” camp. “My personal opinion? No, it was not a dream.” Bale said of the final sequence where Alfred spies Bruce in Paris (via SlashFilm), “That was for real and he was just delighted that, finally, he had freed himself from the privilege, but ultimately the burden, of being Bruce Wayne”. However, Bale also acknowledges that being Nolan’s Dark Knight doesn’t make him the definitive authority on Nolan Batman movie canon. Earlier in the same interview, he made a point to clarify, “I find it very interesting. And with most films, I tend to say ‘It’s what the audience thinks it is.”

Bale’s interpretation seems pretty set in stone for him, though. “My personal opinion? No, it was not a dream.” Christopher Nolan has also made his views on whether Batman dies in The Dark Knight Rises apparent. In a 2021 interview (via Collider), the director clarified that whether or not Bruce Wayne died doesn’t matter too much, because Batman will always live on. “The Dark Knight Rises is specifically and definitely the end of the Batman story as I wanted to tell it, and the open-ended nature of the film is simply a very important thematic idea that we wanted to get into the movie, which is that Batman is a symbol. He can be anybody, and that was very important to us.”. In Nolan’s mind, the interpretation of Gotham he created for his trilogy would get a new Batman in-universe after Bruce Wayne left. “The open-ended elements are all to do with the thematic idea that Batman was not important as a man,” Nolan explained, “he’s more than that. He’s a symbol, and the symbol lives on.”

So, does Batman die in The Dark Knight Rises? No. Even if Alfred’s vision of Bruce in Paris was just a dream, the end of Bruce Wayne doesn’t mean the end of Batman, especially as far as Christopher Nolan is concerned. As for the man behind Wayne, Christian Bale firmly believes that his Bruce Wayne didn’t die and, instead, faked his own death. Escaping the explosion at the end of The Dark Knight Rises would have required near-superhuman levels of luck, planning, and willpower. However, it is a Batman movie, and defying impossible odds has always been Batman’s deal.

Next: What Each Dark Knight Trilogy Movie Really Represents