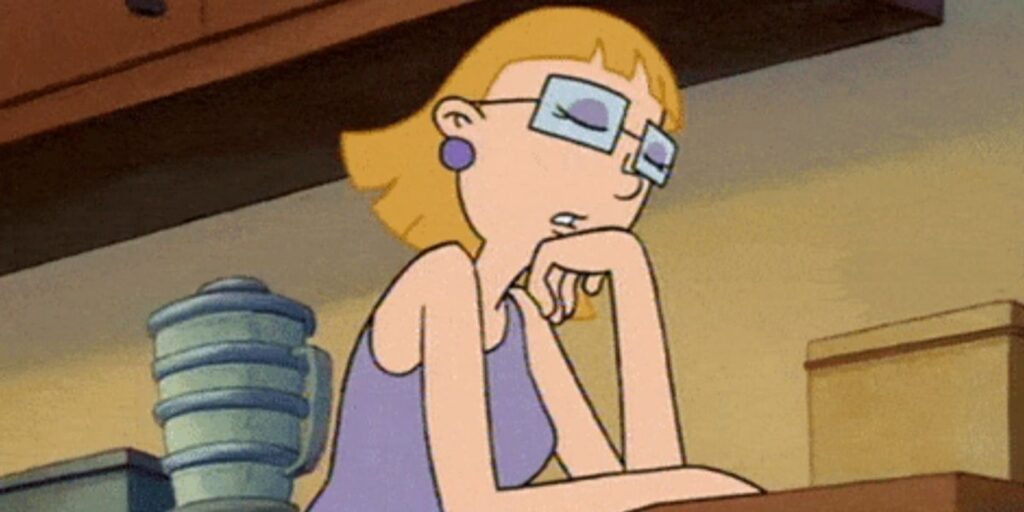 Hey Arnold! writer Joe Ansolabehere reflected on the decision to make Helga’s (Francesca Marie Smith) mother, Miriam (Kath Soucie), an alcoholic on the show. Hey Arnold! is an American animated comedy show that premiered on Nickelodeon in 1996 and was one of the most mature children’s shows of that time period. The show follows Arnold (Alex D. Linz), a fourth-grade boy with a football-shaped head who lives with his grandparents in a boardinghouse in Hillwood, WA. The show focuses on his and his friends’ various adventures as they navigate the urban lifestyle and deal with the bully Helga, who secretly harbors a huge crush on Arnold.

One of the most unique aspects of Hey Arnold! was that it harbored many mature themes that many children missed at the time, but later came to recognize as adults. In fact, the entire premise was pretty mature and thoughtful, considering it was a rare portrayal of kids from a working-class neighborhood who didn’t have a lot of money. Hey Arnold! also tackled heavy topics such as neglectful parents and the traumatic aftermath of war, as well as challenged the perfect American life and nuclear family ideals that many sitcoms perpetuated at the time. Additionally, the show also tackled alcoholic parents.

In an interview with Slash Film, Hey Arnold! writer Ansolabehere reflected on making Helga’s mom an alcoholic. Initially, Ansolabehere’s writing partner, Steve Viksten, had pitched the idea of having a character in the show who was an older, flirty alcoholic woman. When that idea got tossed out, Viksten had the idea to make Helga’s mother an alcoholic. The studio was originally against it but ended up allowing it to subtly be inserted in the show. Check out his statement below:

We’re never going to see it, but she’ll always have a drink in her hand.

Ansolabehere went on to describe how Helga’s mother’s alcoholism became a legendary component of the show. It became so because it slipped the notice of most children at the time. It was only as kids grew up that they suddenly began to notice the hints that she was, indeed, an alcoholic. The signs were all there – the mother was frequently seen sleeping, waking up disoriented and slurring her words, was constantly making drinks in her blender, and pretty much always had a drink in her hand. While kids might’ve accepted that she was just making “smoothies,” adults could easily put the pieces together.

Miriam’s alcoholism in Hey Arnold! was certainly a surprising component to include in a kid’s animated show at the time. However, it meshed well with the show’s attempt at offering a realistic portrayal of kids from a working-class neighborhood. Just like the show strived to speak to kids who weren’t the wealthiest and didn’t come from the happiest of families, the show tried to speak to the reality of children growing up with alcoholic parents. Additionally, it masterfully showed what alcoholism might look like from a child’s perspective. A child could only vaguely recognize that something was a bit off, but might still explain it away by believing the parent just likes making a lot of smoothies. However, as they grow older, they begin to recognize the signs and understand the gravity of the situation. In making Helga’s mom an alcoholic in Hey Arnold!, the writers managed to make the show more relatable to children who grow up in less-than-ideal home situations.

Next: What The Good Burger Cast Look Like Now & Their Biggest Movies Since