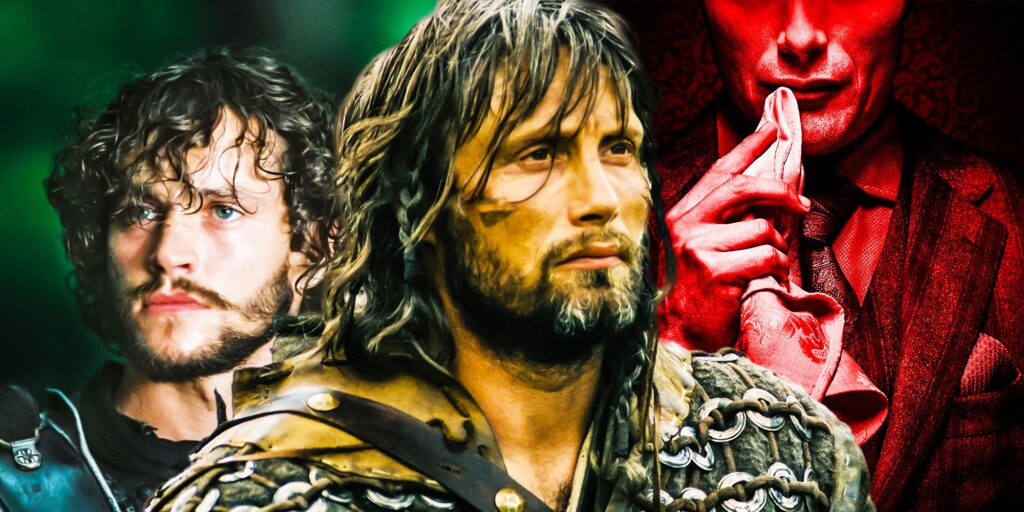 Hugh Dancy and Mads Mikkelsen first shared the screen in 2004’s King Arthur, and it oddly foreshadowed their future Hannibal roles. While both Dancy and Mikkelsen were veterans of their craft by the time they began starring in Hannibal, it’s safe to say that their roles on Bryan Fuller’s acclaimed NBC show are what they’re most known for. That’s certainly not a bad thing, as both actors turned in excellent, complex performances as Will Graham and Hannibal Lecter, respectively.

Both have been duly recognized for that, as Dancy and Mikkelsen have never been at a loss for work since Hannibal was canceled after season 3. Dancy booked major roles on The Path, Homeland, and The Good Fight, while Mikkelsen joined the MCU as villain Kaecilius in Doctor Strange, played Galen Erso in Rogue One: A Star Wars Story, and replaced Johnny Depp as Grindelwald in Fantastic Beasts: The Secrets of Dumbledore. Hannibal devotees continue to pine for season 4, but both Dancy and Mikkelsen have plenty on their plates.

Related: Why A Hannibal Movie Would Be Better Than Season 4

What many Hannibal viewers may not be aware of though is that Fuller’s show wasn’t the first time Dancy and Mikkelsen crossed paths. The two actors both played Knights of the Round Table in the 2004 movie King Arthur, with Dancy playing Galahad and Mikkelsen playing Tristan. At one point in the movie, Dancy’s character says “I don’t kill for pleasure. Unlike some.” to which Mikkelsen’s character replies: “Well, you should try it someday. You might get a taste for it.” That exchange perfectly, yet accidentally, foreshadows the dynamic of their Hannibal characters.

While Tristan obviously wasn’t a cannibal serial killer like Dr. Lecter, the parallels to Will and Hannibal found in the dialogue Tristan and Dancy’s Galahad exchange are almost eerie. After all, Hannibal, in his own twisted way, grows quite fond of Will, and seems to want nothing more than to bring Will into his dark world of death. Hannibal sees killing as an act of power, one that’s also quite freeing. Hannibal feels that by teaching Will to kill, he’s giving him a kind of gift, and allowing Will to be who he truly is deep down.

Whether that’s actually true or not is up for debate, as at the end of the day, Hannibal is a psychopath, and is thus inclined to serve his own interests above anyone else. He may think he loves Will, but he also clearly sees him as a pawn he can manipulate when it’s convenient. Still, Hannibal could have allowed Will to die, or even killed him, on several occasions and chose not to. That speaks to their connection more than anything else can, because as in King Arthur, Hannibal feels that if Will gives killing a try, he might just get a taste for it. Judging by how the two massacred Francis Dolarhyde in the season 3 finale, Hannibal may have gotten his wish.

More: Every TV Show Based On A Horror Movie (So Far)