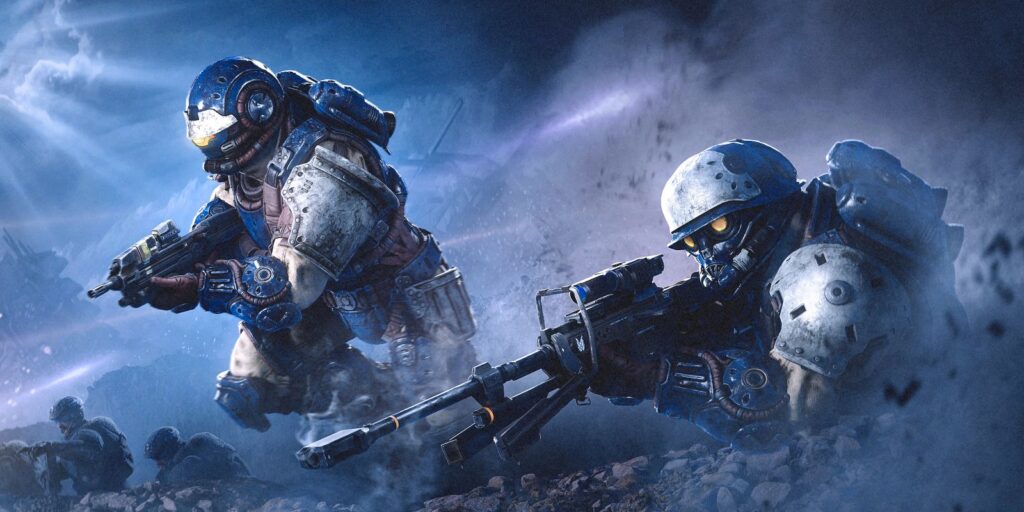 The new Fracture: Entrenched event in Halo Infinite has 30 tiers of free rewards that can be claimed by completing special challenges in the Land Grab game mode. The new event pass is automatically unlocked for free for all players, so challenges can be completed right away to start claiming rewards. One of the biggest rewards in the Fracture: Entrenched event is the Eaglestrike armor core, and players only need to get to tier five to unlock it.

The Fracture events present noncanonical lore and aesthetics from different universes or timelines. In the Entrenched universe, the Eaglestrike energized plate armor was created by UNSC to gain an advantage over the powerful Covenant army in the Final War. The Eaglestrike armor core used in the Final War can be obtained by completing challenges in the new Land Grab game mode in Halo Infinite.

Related: How to Unlock Clippy Items in Halo Infinite

Land Grab is a game type in which two teams compete to control Zones and earn the maximum number of points. Similar to Stronghold, a Land Grab match starts with three Zones on the map. However, after a Zone is controlled, the team that took it will gain one point and the Zone will disappear. When all three Zones are claimed, the next set will spawn in new locations. When a team reaches 11 points, the match ends. Additionally, when one or both teams are close to winning, the number of available Zones will be reduced. To unlock Halo Infinite armor and other rewards in the Fracture: Entrenched event, special challenges need to be completed in Land Grab.

There are currently four confirmed Fracture: Entrenched events scheduled during Season 2. Since there are 30 tiers to unlock, players will need to complete Land Grab challenges in more than one of these events. The active weeks are spread out across several months, so it will be a while before anyone can unlock all 30 rewards. Along with the four confirmed weeks, there will be two additional Fracture: Entrenched events added sometime during the later part of Season 2 in Halo Infinite.

There are 10 possible challenges that can appear for players to complete to earn XP for the Fracture: Entrenched event pass. Each completed challenge will reward 300 XP which goes toward unlocking tiers in this Halo Infinite event. Only 10 tiers can be unlocked per week, so players will need to participate in at least three Fracture: Entrenched events to unlock every reward.

The rewards in the Fracture: Entrenched event pass include gear pieces, stances, emblems, backdrops, and coatings. All the rewards are free to claim, so players should participate as often as possible to unlock every item. The Fracture: Entrenched event will be active throughout Season 2 in Halo Infinite, and players can complete Land Grab challenges to unlock every new cosmetic.

Halo Infinite is available for Xbox One, Xbox Series X/S, and PC.

Share. Facebook Twitter Pinterest LinkedIn Tumblr WhatsApp Email
Previous ArticleBoth Teams To Score Tips For Accumulators: Best BTTS Tips Today Thursday 26th May 2022
Next Article What is an Energy Star rating and how can it save you money?