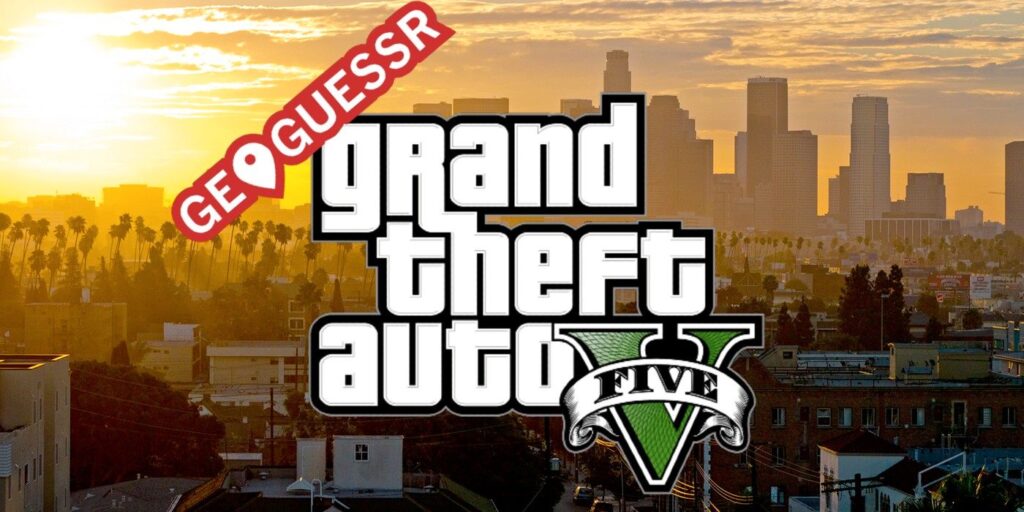 Fans of Grand Theft Auto 5 are able to test their knowledge of Los Santos geography thanks to some impressive geo-guessing games online. Geo-guessers are a fun way for people to test their knowledge of geography all around the world. Usually, most people play this using real-world images and locations, but there is now a new twist that lets fans of the popular action game prove how well they know the fictional city of Los Santos.

The Grand Theft Auto series has always had impressive and vast maps full of people and places to explore. Many fans of the games can spend hours just going into the nooks and crannies of Los Santos and really seeing the city for what it is. The level of detail is also a testament to the designers at Rockstar. Each area of the world in GTA 5, while sometimes empty thanks to a lack of interiors, has a high level of detail that cannot be denied.

There are a few versions of the GTA 5 geo-guessers available for players to choose from. Depending on the level of difficulty or what someone is looking for, each of these games has its own unique take on the game and each offers different challenges. From real-world places to iconic Los Santos spots, these geo-guessers are the ultimate knowledge test for GTA 5 fans.

This version of the GTA Geo Guesser game has a bit of a higher difficulty to it due to the images they use as clues. In these images, Grand Theft Auto 5 protagonist Franklin Clinton is taking a selfie and only a little bit of the actual location is viewed in the preview. According to the website, there are, at the time of publishing, 1600 screenshots that are completely unique. They also add new locations every Monday, which means that this database is constantly growing for those who want new challenges. The points are scored based on how far away the guess is, much like the usual way of scoring in these types of games. 0-10 meters away from the spot gives players full points. When the guess is close different points are allowed and the maximum amount of points is 500 per image.

In GTAGuessr developed by Nedi and Bladedge, the map that is given to players to locate Franklin is a satellite map view of GTA 5‘s Los Santos. This makes placing areas slightly easier as landmarks and small things like stop signs or fences are visible using this view. The map does become slightly blurry when zoomed in, so it doesn’t show a perfect image, but the savvy GTA fan would be able to guess these with ease. There is an “Easy Mode” that places Franklin at some of the most popular spots on the map, such as Vespucci Beach and the Galileo Observatory, but some of these will prove difficult if the main story hasn’t been played through.

Players are encouraged by the devs to take their time and look at clues. The guesses in the regular game modes are not timed, which is different than some of the other Geo Guesser games out there. One unique feature that GTAGuessr has is the “Hot Streak” mode. This mode gives players an image and then four places to choose from, instead of letting them navigate the Homer Simpson-esque map of GTA 5. The catch is this must be chosen in five seconds or the streak is lost. According to a leader board, a player by the name of Kuxii has a streak of 134 images, which is very impressive considering how quickly five seconds go by. The other unique feature about this version is that there is no movement allowed. In most Geo Guessing games players are allowed to navigate the map and search around for better clues and landmarks. In GTAGuessr the only image allowed is the selfie provided, which makes for a unique and fun challenge.

GTA GeoGuesser is very similar to the original Geo Guesser. This version drops players into a mapped-out Los Santos, exactly like how it is seen in the game. They might even be able to find one of the rare GTA 5 cars hidden throughout Los Santos this way. Here, they are given the option of moving around and seeing all different angles of the area. There are arrows that allow for navigation of the area, but the big catch is that only the road is navigable. This gives it the exact feel of the original GeoGuesser, as areas that are off the beaten path will not show up that often due to the limitations of the navigation system. Guessers are given the option to be shown images from the city, the county, or all, so it allows a bit of familiarity if someone is not too well-versed in the entirety of Los Santos.

There is no time limit with this version, but for an extra challenge, a timer can be added with the lowest setting being one minute. There are three difficulty levels, easy, medium, and hard, which can be adjusted before a player launches the game. They also included an online multiplayer level of the GTA 5 guesser that puts people into a private room to go head to head against each other. Whoever guesses the closest and first is the winner of each round. In the menu, there is also an option to turn off both movement and camera movement, which means the player has to guess based on the initial image that is provided to them.

The original GeoGuessr decided to get in on the fun with GTA 5 location guessing. Since the fictional city of Los Santos is based on Los Angeles and its surrounding areas GeoGuessr decided to use that to its advantage. Iconic locations from Grand Theft Auto 5 are shown in a real-world setting and guessers must determine where Los Angeles they are. The map for guessing is a map of the actual places in Los Angeles as well, they do not use the map from GTA at all.

Popular real-life places such as Venice Beach and the Griffith Observatory are used, but then it also throws in very difficult locations like high rises in the downtown area and the desert lake known as Lake Matthews. Unfortunately, there are only eight locations currently added to this version and each round is made up of five guesses, so the likelihood that someone sees the same place twice is very high. Unlike the other two, there is not much replayability, but that doesn’t make the first playthrough any less enjoyable for those who just want to see the places from the game as real-world versions. It also shows how similar Los Santos really is to Los Angeles and how detailed and well done the world of Grand Theft Auto 5 is.