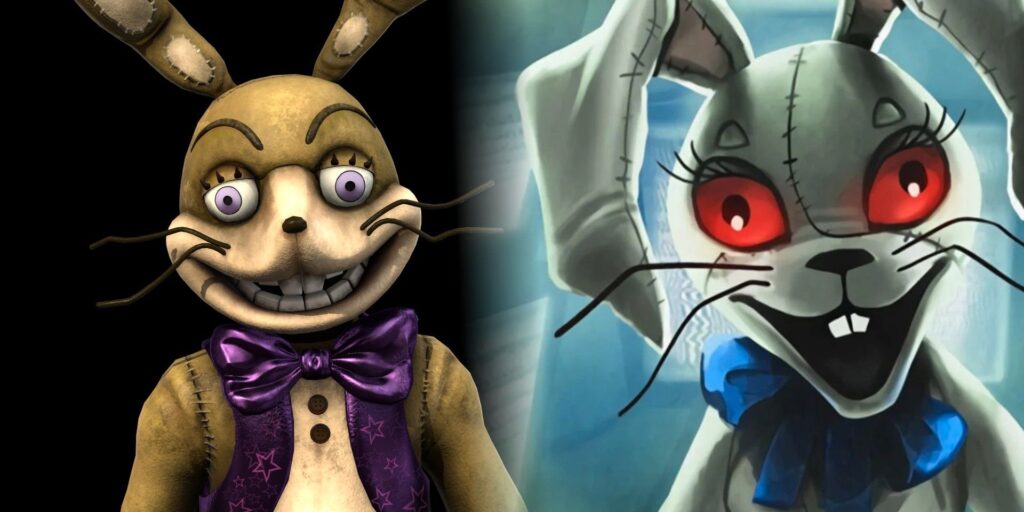 The Five Nights at Freddy’s series has come a long way from that little indie horror game released in August 2014. FNAF took the gaming world by storm with its unique claustrophobic take on survival horror and its cast of killer animatronics. The popular mascot-horror series, which now spans nine mainline entries, saw its recent addition last year in Five Night’s at Freddy’s Security Breach. The overwhelming support of FNAF’s fan community has resulted in several fan works ranging from cosplays to animations. One chilling FNAF fan video looks just like a found footage movie. In 2020, series creator Scott Cawthon had even taken it upon himself to assist in marketing and publishing fan-made games in an initiative known as the Fazbear Fanverse.

At Comic-Con Revolution in Ontario, California, Reddit user craftixgaming showed off their impressive Five Nights at Freddy’s cosplays of Glitchtrap and Vanny. The video shows the murderous duo sneaking and skipping through the convention halls. The masks are frightfully accurate and the outfits in their entirety are surreal to behold in actual motion. The Reddit user is also the owner of angelcraftixcosplays TikTok which features other amazing cosplays dedicated to the popular horror franchise including the terrifying Springtrap from Five Night’s at Freddy’s 3.

Cosplaying is often viewed as the height of celebration in most fandoms, a celebration of dedication to a craft. It celebrates both the dedication of franchise creators to their works and the dedication of fans who craft something purely inspired out of love for the franchise. The care and love put into each detail of cosplay by fans like angelcraftixcosplays are inspiring and the case of Five Nights of Freddy’s cosplay is often unnerving. Especially when these life-size recreations come bounding towards you.

When video game characters are brought to life merely by the whim of those who play them, it is a wondrous thing to behold. With a fanbase that has only grown in dedication since 2014, more great fan works based on Five Nights at Freddy’s are sure to come with each new entry. Maybe even the pending Five Nights at Freddy’s movie can learn something from the dedication of its fans.

Next: Five Nights At Freddy’s Creator Had Nightmares Of His Scariest Character