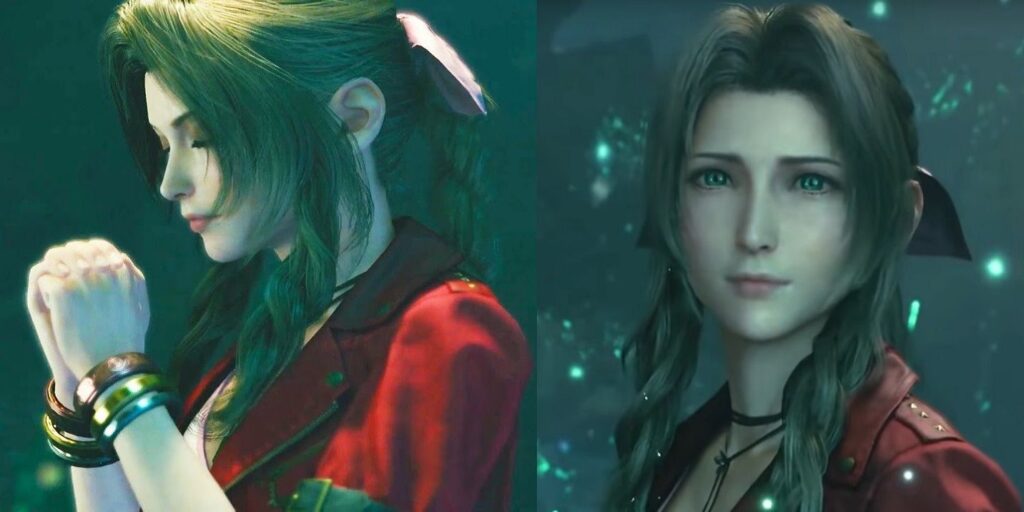 Final Fantasy 7 Remake showed that Square Enix isn’t afraid to make big changes to a classic story, and it seems that it will continue to make changes with Final Fantasy 7 Rebirth. In fact, the trend of changes that have been made in FF7 Remake‘s story are setting up FF7 Rebirth to skip one of the most iconic moments of the original game because it isn’t going to be needed for the story’s progression or conclusion.

FF7 Rebirth is the second part of the remake of the original game, and it’s set to release in Winter 2023. The story will likely pick up right when the previous game ends with the characters having just decided to defy Destiny and rewrite the future. Anything can happen in the new timeline, and players will get to experience more changes in the new FF7 timeline with Crisis Core Reunion being in the same universe – and possibly leading into FF7 Rebirth.

When players think of FF7, they often think of Aerith’s death, which came as a shock when the game was new, quickly becoming one of the most memorable moments of the original game. Therefore, players might be split in their opinions about FF7 Rebirth setting up the story in a way that Aerith’s death isn’t necessary to save the planet in this new timeline. Since Sephiroth seems to have knowledge of the original timeline, he knows that killing Aerith will either hinder his plans or it will simply not have enough of an affect for him to go out of his way to kill her.

FF7 Remake part 3 is in development, and the story (so far) is set up for Aerith to still be alive. She dies in FF7 because Sephiroth wants to destroy the world, and he tries to stop her from praying for Holy, even if he ends up being too late to do so. Her death is also what allows her to help protect the planet from Meteor by using that power of the Lifestream from within it, which would give him a reason to keep her alive. In the FF7 Rebirth trailer, it seems that Sephiroth is more interested in ruling the planet than destroying it.  If that’s true, then there’s no motive for him to kill Aerith. In both scenarios, Aerith’s odds of survival seem pretty good in this timeline.

Rather than dying, Aerith’s survival could become a FF7 Remake spoiler since it’s such an unexpected turn of events for players going into the game with knowledge of the original FF7. It’s a bold move from Square Enix to set up FF7 Rebirth to skip such an iconic moment, but it also adds plenty of interest and mystery in regards to what the consequences will be for Aerith surviving in the new timeline. It could indicate that Tifa will end up dying instead, as Cloud’s visions of her being killed are mentioned in the Final Fantasy 7 Rebirth trailer.

Next: Best Versions Of Final Fantasy 7, Ranked Worst To Best