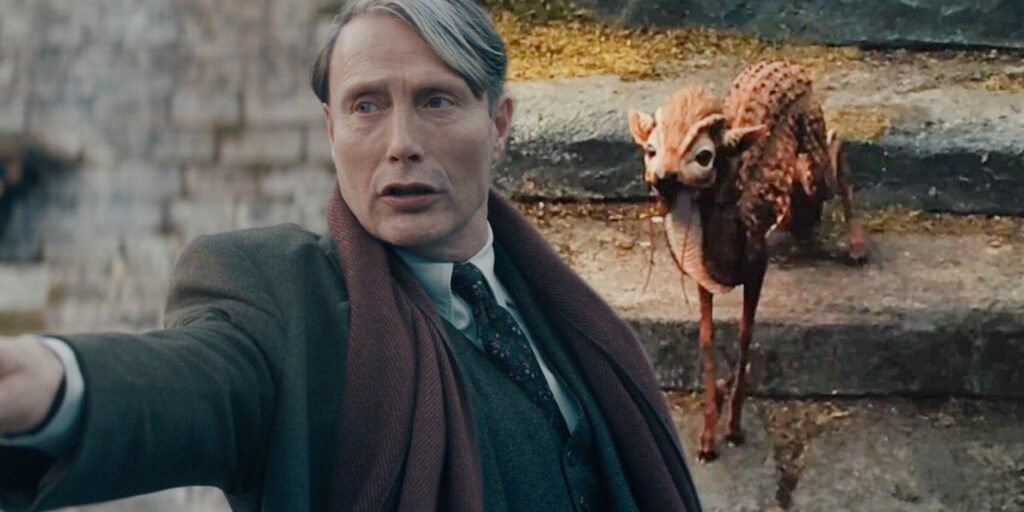 Warning: Spoilers for Fantastic Beasts: The Secrets of Dumbledore.

While the Qilin may seem like simply another magical creature to add to the Fantastic Beasts film series’ menagerie, the creature is actually far more important in Fantastic Beasts: The Secrets of Dumbledore than people might realize. The latest Fantastic Beasts movie centers on wizarding world politics with dark wizard Gellert Grindelwald’s first attempt to assume power. Hoping to lead with public approval, Grindelwald manages to become a candidate in the election for the Supreme Mugwump of the International Confederation of Wizards. Bound by his blood pact with Grindelwald, Albus Dumbledore has to rely on Newt Scamander and his friends to prevent Grindelwald from manipulating his way to victory.

As the name Fantastic Beasts: The Secrets of Dumbledore implies, though, magical beasts are still a key aspect of the movie. In particular, the Qilin is important because it is part of an ancient tradition to determine who the next Supreme Mugwump should be. Gifted with purity and the ability to see into one’s soul, the Qilin bows in front of the candidate who is the purest of heart, making them the Supreme Mugwump. Since the election during Fantastic Beasts 3 occurred during a time of crisis, the wizarding community is willing to let a Qilin choose their leader again. However, they do not know that Grindelwald’s Fantastic Beasts 3 plan involves manipulating this tradition to his advantage by killing and bewitching a Qilin so it will bow before him.

Unfortunately for Grindelwald, there is a second Qilin that Newt manages to rescue. Since this Qilin can expose Grindelwald’s ruse, much of Fantastic Beasts: The Secrets of Dumbledore is spent on characters trying to find or protect the living Qilin. Audiences have fairly questioned this plotline, seeing the Qilin as a mere MacGuffin. However, the Qilin is far more important in Fantastic Beasts 3 than any MacGuffin due to its active role in the plot and its historical significance.

Unlike most MacGuffins, both of the Qilins are important to Fantastic Beasts: The Secrets of Dumbledore because they contribute to the plot rather than simply being something the characters search for. Grindelwald needs the first Qilin to make his plan possible. Simultaneously, he also needs to ensure that the second Qilin does not make it to the Supreme Mugwump election, where it can reveal who the true next leader of the magical community should be. Newt and his team safely deliver the Qilin to the election, exposing Grindelwald’s plot. In this way, the second Qilin is key to ruining Grindelwald’s plan rather than solely motivating the characters.