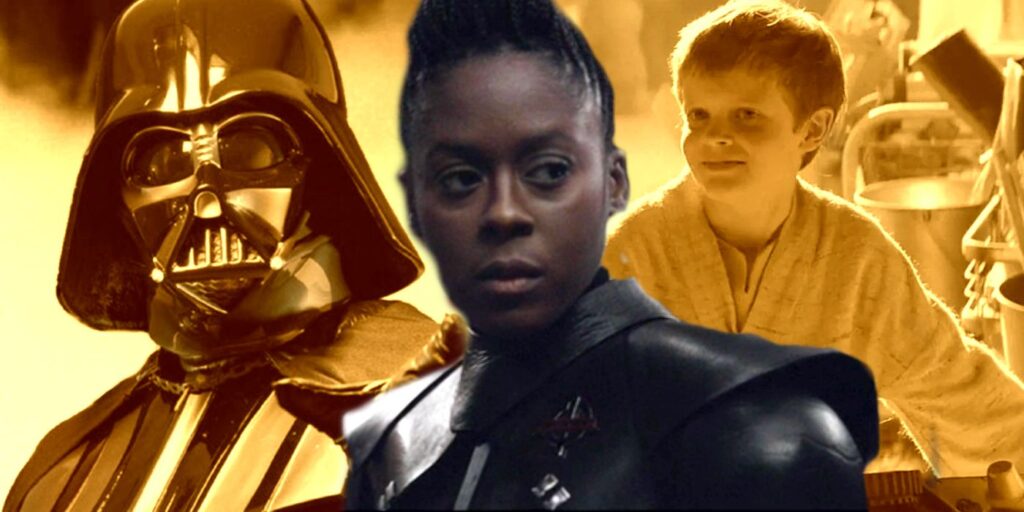 The Obi-Wan Kenobi season 1 finale left several major questions unanswered, including multiple big Reva plot holes. After the dramatic climax to episode 5, it was clear that the Third Sister – while wounded following her encounter with Vader – was destined to play a major role in episode 6. Yet the circumstances surrounding her involvement are, at best, murky, and in some cases may pose a genuine problem for the overarching Star Wars narrative.

Reva has been a constant presence throughout Obi-Wan Kenobi, fluctuating from sinister threat to sympathetic antihero. Initially, the character appeared to be one of the major antagonists lined up against Obi-Wan, stalking Jedi alongside other members of the Empire’s feared Inquisitorius program. But, as the story developed, it became clear that Reva was actually a much more nuanced presence, only using the Inquisitors in a bid to get close enough to exact her revenge on Darth Vader. Eventually, the former Jedi youngling traveled to Tatooine in an effort to kill Luke Skywalker, hoping that his death would punish Vader. Yet, in an incredibly dramatic moment, she found herself unable to carry out the final fatal act.

Her complex arc in many ways made Reva the emotional center of the Obi-Wan Kenobi story. But, for all this complexity, the series failed to answer several key questions about her role in the finale. In particular, it was unclear both how Reva survived being stabbed by Darth Vader in episode 5, as well as how she was able to get to Tatooine so quickly amidst the carnage of the Path’s escape and subsequent pursuit by Vader. Additionally, there was the unaddressed mystery of exactly what happened to Reva after Obi-Wan Kenobi, given that she is an original creation for the series and has no presence in the original trilogy and beyond. As such, the series left multiple Reva plot holes in need of some explanation.

Although Reva’s injuries in episode 5 seemed crippling – even fatal – Obi-Wan Kenobi actually provided a neat explanation as to how she was able to survive. In a sneering tone, the Grand Inquisitor, who himself appeared to have miraculously returned from the dead, told the stricken Third Sister, “Revenge does wonders for the will to live, don’t you think?” This suggests that dark side users are able to channel their feelings of hatred and antipathy, allowing them to heal and recover from life-threatening injuries. Given that Reva was more determined than ever to exact revenge on both the Grand Inquisitor and Darth Vader, she would easily have been able to summon the strength to carry on.

This is not the first time Star Wars has explored this aspect of the dark side. In other parallel canon material, former Sith Darth Maul was able to use his desire for revenge against Obi-Wan to survive being bisected in Episode I – The Phantom Menace. Considering that Reva’s injuries were nowhere near as extensive, her survival doesn’t seem quite so farfetched.

While Reva’s recovery has at least some rationale, what’s far less clear is how she was able to both recover seemingly instantaneously and teleport from Jabiim to Tatooine long before any of the other key players. While this seems to be problematic on a number of levels, there may be a reasonable explanation. For one thing, it isn’t entirely clear how long Vader and his ship have been pursuing the Path and Obi-Wan. After all, at the end of episode 5, the small transport successfully escaped Vader’s clutches, leaving him empty-handed on the planet. Conceivably, it could have taken him time to scramble back to his star destroyer and begin the pursuit. Even then, the chase might have gone on for some time (in much the same way as Han Solo piloted the Millennium Falcon away from danger in The Empire Strikes Back over a protracted period). This may have given Reva time to both recover and make her own way to Tatooine.

Even if this is the case, however, there’s little concrete evidence to suggest how exactly she arrives on Luke’s home planet. One explanation is that she was able to find another, previously unseen ship and use it to travel between the two planets. While slightly unsatisfying, this is not beyond the realms of possibility. Afterall, there were plenty of other supplies available courtesy of Roken and the Path. It’s also possible that she commandeered one of the two Imperial drop ships that were used to transport the stormtroopers to the surface, although it seems unlikely that these would have been so thoughtlessly left behind. In any case, there were some potential avenues available to Reva allowing her to reach Tatooine.

In Obi-Wan Kenobi‘s heart-wrenching ending, Reva decides to spare Luke instead of holding him responsible for his father’s crimes, returning him to his family. In a tearful exchange with Obi-Wan, the Jedi grants Reva clemency, explaining that she can now forge her own path. Effectively, this grants her a clean slate, allowing her to leave the Inquisitors and burgeoning Rebellion behind, should she so choose.

The fact that Reva has not appeared in any other Star Wars media, coupled with Obi-Wan Kenobi‘s place in the timeline, makes her fate unclear. However, thanks to her actions in the Obi-Wan Kenobi finale, she is now finally able to move beyond her mission of revenge against Anakin. This means that her story will no longer be defined by her antipathy towards the fallen Jedi, perhaps allowing her to become a more fully-formed antihero in her own right. It’s impossible for her to rejoin the Inquisitors, yet she remains a powerful Force user. This means that Reva’s story could still be explored further in later additions to the Star Wars universe, or perhaps even in an Obi-Wan Kenobi season 2.

More: So, What Happens To Reva?

All episodes of Obi-Wan Kenobi are now available on Disney+