Eiyuden Chronicle: Rising – How To Unlock The Smithy 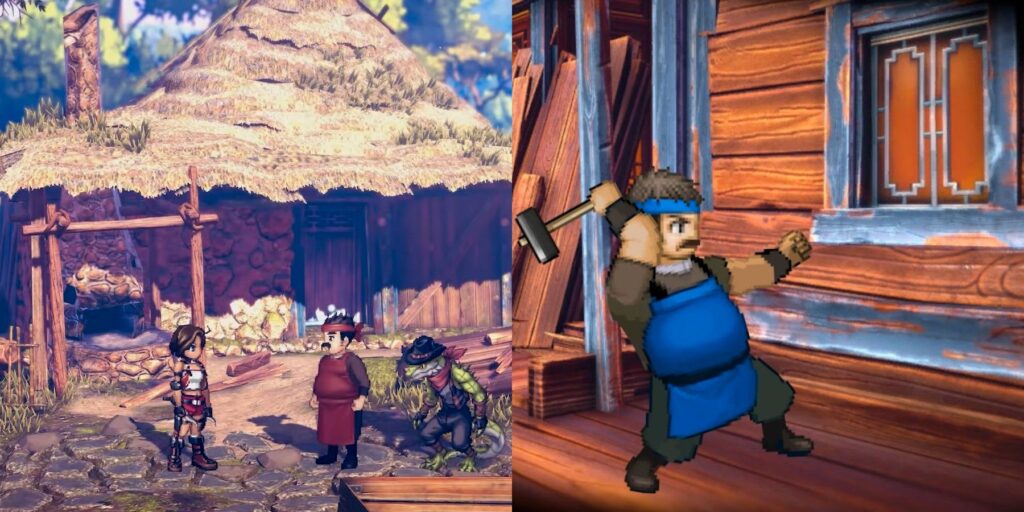 In order to get the game’s blacksmith location up and running in Eiyuden Chronicle: Rising, players will need to unlock the Smithy in New Nevaeh. As the game’s blacksmith, the Smithy is where players will have all of their weapon and armor upgrade needs fulfilled throughout Eiyuden Chronicle: Rising. This, of course, is separate from the Weapon Shop in the game, where players can buy increasingly better weapons than the ones they’re currently using as the game’s story continues. Likewise, the Smithy is also different from the Armor Shop as well, since it won’t give players new abilities as they upgrade their gear.

The Smithy’s main purpose is to improve armor and weapons so that the gear stats improve for everything that players have equipped. Of course, upgraded armor and weapons won’t mean fewer trips to the Apothecary in Eiyuden Chronicle: Rising, but it will help players through their journey nonetheless. Fortunately, the Smithy can be created during Main Quest 5: The Miner, the Merc, and the Smithy.

Related: Eiyuden Chronicle: Rising – How To Unlock The Trading Post

While players are in the Quarry location, they’ll eventually come across a dead end. As a scene plays out of CJ attempting to clear the boulder blocking the pathway with her weapons, her gear becomes damaged as an unfortunate consequence. After this happens, players will need to travel to Outlander Lane and find Hogan in the Tavern. Once CJ has explained to Hogan what happened with her weapons, the lizard-like character will introduce players to Tatara. Tatara, as players will discover in-game, is the town’s blacksmith.

After CJ has explained to Tatara what happened with her weapons as well, the blacksmith will give her a Pickaxe Lv. 1. While this tool isn’t for harvesting Lightweight Lumber in Eiyuden Chronicle: Rising or similar materials, it can be used to mine rocks found throughout dungeons. Tatara will then explain to CJ his desire to open the Smithy permanently and task her with bringing him three Ores from the Quarry. Fortunately, Ores can be found in specific locations in the dungeon, and they’ll continue to respawn whenever players revisit the area.

To find Ores for Tatara, head to the entrance of the Quarry and keep an eye out for black rocks. Hit them with the Pickaxe Lv. 1 and they’ll break apart, after which players can collect the Ores within. After players have acquired three Ores, CJ will have to return to Tatara and hand over the newly mined items. With the Tatara stamp of approval in Eiyuden Chronicle: Rising, players can officially begin purchasing upgrades for their weapons and armor.

Next: How to Find (& Farm) Pin Points in NEO: The World Ends with You