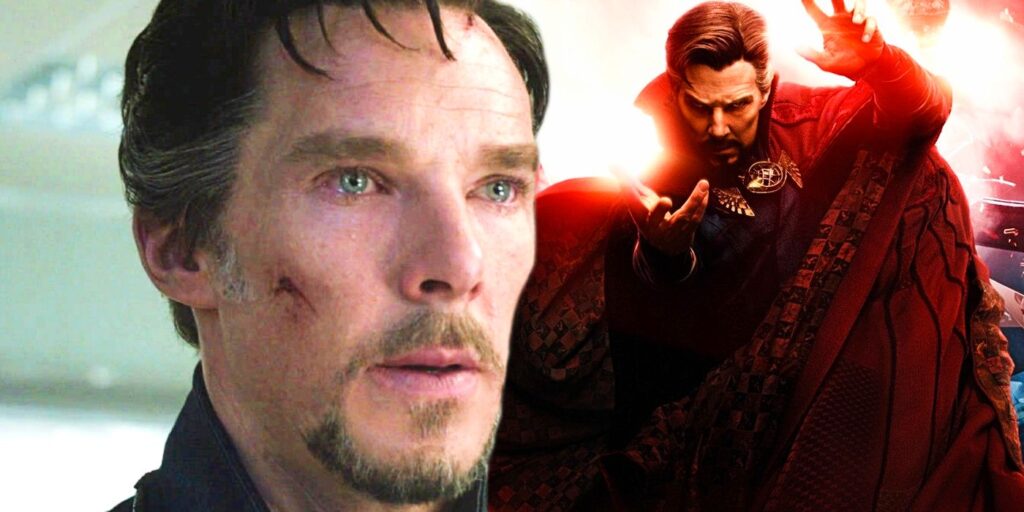 Warning: Contains spoilers for Doctor Strange in the Multiverse of Madness.

If there’s one thing to take away from Doctor Strange in the Multiverse of Madness, it’s that fan theories have proven themselves to be more daring than the actual MCU. The MCU has no obligation to take fan theories into account with their stories, and people shouldn’t go in expecting all of their theories to come true. At the same time, however, it feels like a problem when fan theories for the films and shows are often more interesting than what the finished product ends up being.

Leading up to its release, the Doctor Strange in the Multiverse of Madness cast and premise set it up to be one of the biggest MCU films in recent years. The film was made out to take Phase 4’s focus on the multiverse to its peak and not only be the biggest exploration into the concept, but have major ramifications for the rest of the MCU going forward. Not only that, but there was a lot of hype around it being a cavalcade of cameos and callbacks to previous Marvel films both in and out of the MCU, much like Avengers: Endgame and Spider-Man: No Way Home. All of this came together to spark many theories about Multiverse of Madness’ plot, characters, and the ever-anticipated Doctor Strange 2 post-credits scenes that persisted among audiences for months on end; that, combined with the word of people who had been known to correctly leak plots before, led people to believe that there was legitimacy to most of those theories.

Related: Everything We Know About Doctor Strange 3

When Doctor Strange in the Multiverse of Madness was finally released, however, many of the fan theories surrounding the film ended up not being true, and in a certain way, that shows how much more daring theories are than the actual MCU. Many of the theories people came up with were largely just fanservice, but even those, more often than not, played on the concepts that the film was reported to explore in ways that many perceived as more exciting than how they were eventually executed, especially when it came to the Doctor Strange 2 ending. While the MCU movie wasn’t bad by any means, it says a lot that fan theories were able to do more with the basic story than the actual film could, especially when this isn’t the first time this sort of phenomenon has happened with a Phase 4 project.

While most of the theories about Multiverse of Madness weren’t correct, many of them were accurate. Promotional material was kept it under wraps, but Wanda being the film’s main villain was guessed early on, as was the Darkhold corrupting her mind. Not only that, but various cameos were accurately guessed months before trailers, and the actual film confirmed them – such as Charlize Theron appearing as Clea and there being an Illuminati that was comprised of Patrick Stewart reprising his role as Charles Xavier, Hayley Atwell as Captain Carter, Anson Mount as Black Bolt, John Krasinski as Mister Fantastic, and Lashana Lynch as an alternate Captain Marvel.

The basic plot of the film and the characters who were involved were all guessed correctly by audiences, but there were many things reported to be true that didn’t come to pass. For example, it was believed that Billy and Tommy would return to the MCU and be aged up to teenagers in preparation for a Young Avengers spinoff, but the film ends with them still separated from the main reality. Additionally, the Living Tribunal was thought to have a part in the film, Loki was reported to be in it as a means of following up where Loki season 1 left off, and Multiverse of Madness‘ Illuminati was originally thought to not only include major Thor figure Balder the Brave, but Sir Ian McKellen reprising his role of Magneto. Going off of Magneto, Professor Xavier was thought to explicitly be from the X-Men movies, and both characters were believed to tie into another story for Wanda that would end with her bringing mutants into the MCU in some way. Not only that, but there was word of additional cameos from – but not limited to –  Tobey Maguire as the Raimiverse Spider-Man, Nicolas Cage as Ghost Rider, Ryan Reynolds as Deadpool, both Eric Bana and Edward Norton as separate versions of Bruce Banner, and Tom Cruise as an alternate Iron Man, in reference to how Cruise was originally up for the part before Robert Downey Jr.

Most of the really big theories people had about Multiverse of Madness didn’t come to pass, and that ties into an ongoing problem of fan theories often doing more than the finished products of Phase 4. As previously discussed, Multiverse of Madness was built up as not only being as reference heavy as Avengers: Endgame and Spider-Man: No Way Home, but it was supposed to be a continuation of No Way Home, WandaVision, and Loki, in addition to being something that would have major implications for the MCU going forward. While Multiverse of Madness did serve as a continuation of the Disney+ series WandaVision, not only was it very light on cameos and references, but it was largely self-contained and didn’t do much to reference stories Strange wasn’t part of or set up future stories for the MCU to explore, with even its exploration into the multiverse being limited to two realities and the establishment of incursions; it’s still possible that the events of the film will factor into future stories, but at the moment, there isn’t a lot that’s being set up. All of this worked to keep the film grounded in its own story, but it also made it a lot smaller than what it was being built up to be, and it says a lot that viewers were able to come up with theories that seemingly resonated more with audiences.

Of course, this is a problem hardly unique to Doctor Strange 2. As previously mentioned, other Phase 4 projects have also been victims of audiences coming up with theories that can come off as more interesting than the finished products. For example, while all of the theories about Mephisto being in WandaVision became a joke by the end of the show’s run, some people argue that it would have worked better than the Agatha Harkness twist, and following Multiverse of Madness, Mephisto being involved with Wanda could have even served as stronger reasoning for her to become a villain. There were also theories about Reed Richards making an appearance that ended up going nowhere, and the now infamous twist of Evan Peters not playing Quicksilver which, to many, missed a perfect opportunity to integrate the X-Men movies and truly start to explore the multiverse, which wouldn’t happen in earnest until Loki.

Similarly, thanks to Sophia Di Martino’s Sylvie being a female variant of Loki, many people thought that there was a setup for a story about a Loki instead of a different version of the character, which could have given the MCU some good LGBTQ+ representation and a way to tie into Loki being gender-fluid. However, by episode 4, it was revealed that Sylvie was simply a version of Loki who was born female, so there was no chance to explore anything of the sort. Not only that, but while He Who Remains was a great character with what limited screen time he had, he still wasn’t the Kang the Conqueror people were expecting to be used in the show, and he likely won’t be the version who appears in Ant-Man and the Wasp: Quantumania.

All in all, one of the biggest problems with Phase 4 so far has been the rampant amount of theorizing that the MCU’s audience have been doing for every project. Many viewers get attached to various fan theories – especially the ones that end up taking off and get treated as fact – that the movies or shows not acting on them is viewed as a negative. On the one hand, the MCU isn’t obligated to canonize any specific theories people have, but at the same time, many of those theories end up doing more than what the actual film or show did, which creates the perception that MCU Phase 4 isn’t doing as much as it could. Phase 4 is bound to be building up to something big, but if everything up until that point is viewed as smaller than it needs to be, then that could easily create a sense of dissatisfaction within elements of the MCU’s audience.

With all of that said, is Marvel actually playing it too safe? It’s been discussed at length how many Phase 4 projects ended up being smaller than people thought they would be, but that doesn’t automatically mean that they’re playing things safe. Even if the various shows and movies of Phase 4 aren’t doing as much as some wanted them to, they’re each still doing a lot, and not adding in every possible connection to the wider MCU sphere isn’t inherently a bad thing.

If Marvel is doing anything wrong in Phase 4, however, it’s been with how much the red herrings dropped mislead audiences into getting their expectations up. Between Evan Peters’ Ralph Bohner in WandaVision and all of the ways Doctor Strange in the Multiverse of Madness was said to tie into other projects, Marvel has been continually setting people up for disappointment in Phase 4 by letting people believe that the major MCU hallmark moments will happen in each story, which leads to disappointment when these moments turn out to not be quite that. There’s nothing that can be done to stop viewers from coming up with theories, but at the very least, Marvel can stop exacerbating the problem by allowing people to believe that each new MCU Phase 4 project will be bigger than it actually is.

More: Do The X-Men Exist In The Avengers Universe After Doctor Strange 2?