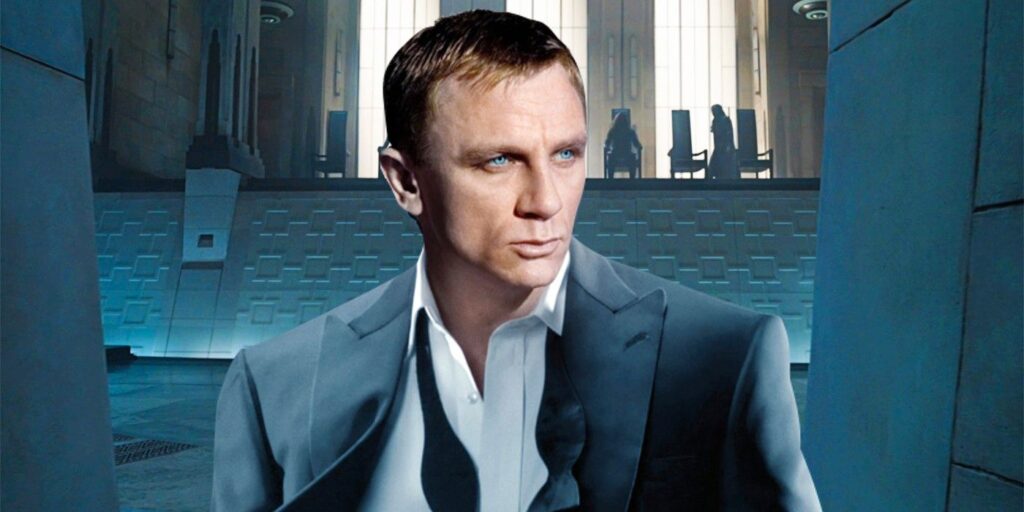 Recent reports state that Daniel Craig backed out of a major Illuminati cameo in Doctor Strange in the Multiverse of Madness due to concerns over COVID-19. Craig is best known for portraying the latest iteration of the secret agent 007 in the recent James Bond film series. Back in April, the actor was scheduled to perform on Broadway in the Shakespearean play Macbeth but had to temporarily back out after he tested positive for COVID-19.

Marvel’s latest film, Doctor Strange in the Multiverse of Madness, features numerous gasp-worthy cameos and appearances. From John Krasinski appearing as Reed Richards to Hayley Atwell playing Captain Carter, fans and critics have enjoyed seeing new faces in the Marvel Cinematic Universe. Still, there were plenty of other rumored Doctor Strange 2 cameos that never came to fruition, such as Tom Cruise appearing as Tony Stark/Iron Man. Additionally, it appears that the James Bond actor himself was all set to make an Illuminati cameo.

Deadline‘s Justin Kroll shared a Twitter post in which he reveals a fun fact that Craig backed out of a major Illuminati cameo in Doctor Strange in the Multiverse of Madness. Kroll states that “Krasinski wasn’t the first choice” for the Illuminati role, implying Craig was originally supposed to play Mr. Fantastic. Craig, however, back out due to an uptick in COVID cases since he didn’t want to risk bringing the disease back to his family. View Kroll’s Twitter post about Craig backing out of his Illuminati role in Doctor Strange 2 below:

Although Kroll alludes to Craig originally set to play Mr. Fantastic, other rumors state the actor was going to play the Asgardian Balder the Brave. Balder, who is based on the deity Baldr from Norse mythology, is the half-brother of Thor. While the character has made some television appearances, he has yet to appear in the MCU and was going to make his debut in Doctor Strange 2. Reports state that Craig’s character was going to be talked into dying by suicide by Wanda (Elizabeth Olsen), but since the actor backed out, the film’s creators had to make a creative replacement. That is when they turned to casting Krasinski as Reed Richards.

Having Craig join the MCU would have been an interesting addition, especially considering he was set to play a brand-new character in the franchise. Craig’s reasons for dropping out of the project were justified given the ongoing COVID-19 pandemic. Risking bringing back COVID to his family over a tiny cameo in Doctor Strange in the Multiverse of Madness wasn’t worth it. However, since the plans for his debut in the MCU have already been fleshed out, hopefully he’ll make up his appearance sometime in the future.

Share. Facebook Twitter Pinterest LinkedIn Tumblr WhatsApp Email
Previous ArticlePhase 4 Confirms Doctor Strange Is An Even Bigger Dick Than Iron Man
Next Article The Pixel 6a will have an older camera — but that’s OK