Did THAT Umbrella Academy Character Actually Die In Season 3? 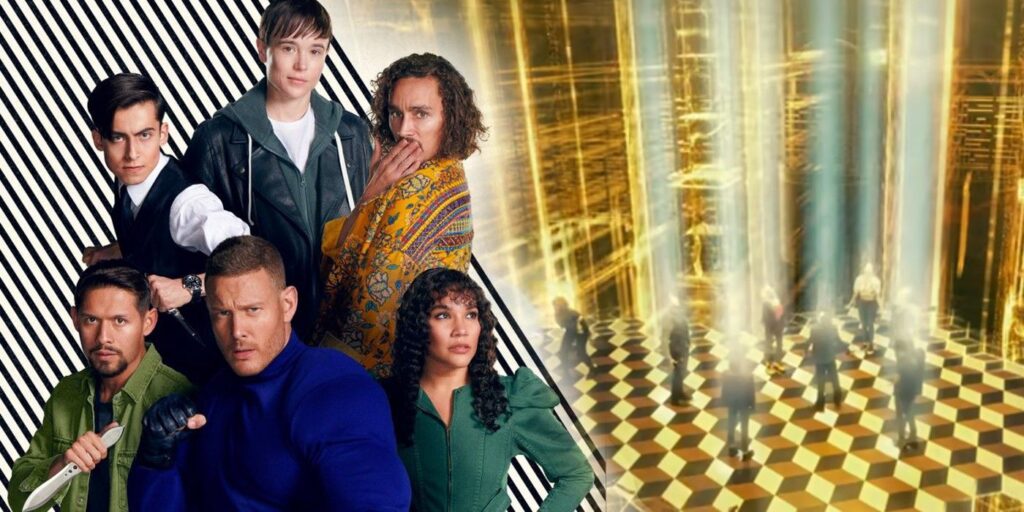 WARNING: Spoilers ahead for The Umbrella Academy season 3

Is Allison Hargreeves still alive after The Umbrella Academy season 3? Or are heavenly shenanigans afoot? Only the most daring Umbrella Academy fan would’ve put Allison becoming a major antagonist on their season 3 bingo card. Already glum after leaving her 1960s husband behind in favor of a 2019 return, Allison descends further into misery upon discovering her daughter, Claire, doesn’t exist in the Sparrow timeline. Courtesy of Harlan’s outburst on October 1, 1989, Allison was never born in this reality. Her ex-husband might live in exactly the same house, but he conceived a totally different daughter with a completely different wife.

Driven to despair by two tragic losses, Allison becomes an increasingly loose cannon in The Umbrella Academy season 3, acting aggressively toward the other Hargreeves siblings and even rumoring Luther into a romantic clinch. Allison’s downward spiral hits rock bottom when she conspires with the Sparrow timeline’s Sir Reginald Hargreeves, who seeks to remake the universe in his own design. Thanks to Allison herself pushing the big red button, this perfidious goal is achieved.

Related: The Umbrella Academy: Why Five Doesn’t Have A Real Name

The Umbrella Academy season 3 ends with every remaining character (and one non-remaining character in Luther) taking their first tentative steps into the “Hargreeves Enterprises” timeline. The only absentees are Sloane – whose status is a total mystery – and Allison, who returns to her Beverly Hills home. This time, however, she walks upstairs to find Claire restored and her 1960s husband, Raymond Chestnut, the girl’s father – the perfect family unit Allison always dreamed about. Is Allison dead in this final scene, or has history been rewritten?

The Umbrella Academy leaves two very different interpretations of Allison’s fate for audiences to chew over until season 4 – one in which she survives, another where she dies. The version where Allison lives begins when drunk Number Five spies Allison and Sir Reginald Hargreeves conspiring together in Hotel Obsidian’s White Buffalo suite. It’s here that Reginald convinces Allison to assist with his plan of resetting the universe but, naturally, the Monocle must’ve offered Allison an incentive to cooperate in his century-old plot. The Umbrella Academy never explicitly reveals the terms they agreed, though one can safely assume Claire, Raymond, and Allison’s happy ending in season 3’s dying minutes are involved.

Conquering Oblivion and assembling the seven bells within allows Sir Reginald to reset the universe, and he creates a new timeline where Abigail (his lover from Umbrella Academy season 1’s flashback) is alive, and “Hargreeves Enterprises” dominates the modern world. All signs indicate this reset gave Reginald complete authority to rewrite every single detail of reality. Parachuting Raymond Chestnut into 2019 and making him both Allison’s husband and Claire’s father very probably falls within the Oblivion machine’s remit, so maybe this was the arrangement Five witnessed Allison making. She’d betray her own siblings to help Reginald; in return, Reginald would make Allison’s perfect family a reality in his reset universe.

This version of events would mean Allison is alive when The Umbrella Academy season 3 ends, and the only reason she isn’t among the other Hargreeves siblings in the final scene is because Reginald’s reset whisked her straight to Beverly Hills for a happy reunion.

Related: The Umbrella Academy: Where Does Reginald Hargreeves Come From?

An alternative (and altogether more deadly) interpretation of The Umbrella Academy‘s season 3 finale could prove Allison is actually deceased when the final episode’s credits roll. Once again, Allison and Sir Reginald cut a deal whereby she helps gather up the Hargreeves siblings for Project Oblivion, and Reginald brings back Claire/Raymond inside his new reality. Everything goes to plan until Allison realizes the Oblivion machine uses her siblings as fuel, so after Reginald is finished preparing the reset, she kills him and uses herself as the power source to spare everyone else.

Because Allison is generating the process, she’s not included in The Umbrella Academy‘s new timeline, whereas (almost) everyone else makes it through. Allison herself alludes toward this when telling Viktor in The Umbrella Academy season 3’s “Oblivion” episode about her deal with Reginald. Though she doesn’t divulge specifics, Allison does say, “I did this for all of us… Luther and Klaus too.” The admission possibly reveals Allison is already planning on sacrificing herself if it means protecting/resurrecting the other Hargreeves siblings.

If Allison gives her life after realizing the truth of Sir Reginald’s plot by energizing the machine within Hotel Oblivion alone, her happy ending with Raymond and Claire in The Umbrella Academy season 3’s final moments must take place within the afterlife void. Reginald hasn’t pulled any strings to cheat the timeline and give Allison her perfect family; Allison died and is spending her posthumous existence dreaming about the two people she loves most – her daughter and her one true love.

Two cleverly convincing clues point toward Allison knocking on heaven’s door after The Umbrella Academy season 3 ends. When Klaus and Luther are ricocheting through various “rooms” of the afterlife, The Umbrella Academy establishes the rules underpinning its heavenly void. Landing inside a kids’ party (complete with bounce house, of course) Klaus complains, “This is someone’s idea of heaven?” The line confirms Umbrella Academy‘s afterlife comprises a series of spaces where the deceased experience whatever they wish, from watching their child on Earth while enjoying a bowl of menuto, to bouncing around a rubber castle that smells of stale puke and juice. If this is how posthumous existence works in The Umbrella Academy, it makes total sense that Allison’s “heaven” is her lost child, her beloved husband, and her Beverly Hills home. Klaus suddenly defining the afterlife’s nature in The Umbrella Academy season 3 feels strangely placed, and could’ve been intended to subtly set the stage ahead of Allison’s ending.

Allison Hargreeves dying at the end of The Umbrella Academy‘s “Oblivion” also affords her a far stronger redemption arc after some deeply questionable behavior across season 3. If Allison is alive and sold out her siblings so that Reginald would bring back Claire and Raymond, she has a lot to answer for in The Umbrella Academy season 4. But if Allison made the noble sacrifice to guarantee her brothers and sisters’ safety and only reunites with Claire and Raymond in the afterlife, Allison finds herself taking steps down the path to forgiveness.

Related: The Umbrella Academy: Allison’s Power Return Was Better In The Comics

Umbrella Academy viewers praying for Allison’s survival (not that death means much at this point…) needn’t fear. Despite plenty of evidence on the “Allison is dead” side of season 3’s fence, one crucial detail points towards her survival. When the Hargreeves children arrive in Sir Reginald’s renewed timeline, they’re deprived of their powers. This is likely because the Oblivion machine burned up their inner alien light particles that provided powers like immortality, time travel and… er, knife tricks. If the reset drained all seven “bells” of their gifts, Allison probably didn’t give her life to power the universal reset, and creating a world where Claire and Raymond are both alive was always her reward for cooperating with Sir Reginald’s Project Oblivion.