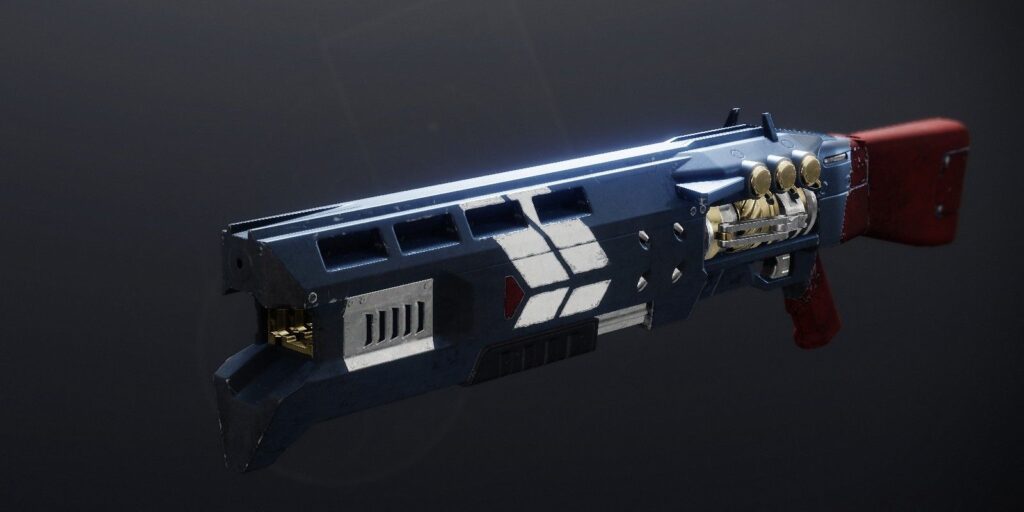 Legend of Acrius is an Exotic Heavy Shotgun in Destiny 2 that was added with the Leviathan Raid during the Red War. This powerful Arc weapon over-penetrates foes and is caple of hitting multiple targets with the pellet spread. The Arc 3.0 subclasses are being introduced in Season 18, and Legend of Acrius could benefit from some of the new Fragments and Aspects. Previously, the Exotic was earned as part of a quest chain in the Leviathan Raid, but Guardians will now need to purchase the weapon to add it to their collection.

Unlike current Raid Exotics in Destiny 2, Legend of Acrius was not a random drop from completing this end-game activity. Instead, players received an item from defeating a random Cabal enemy, which started the quest chain. This required that Guardians complete Public Events and complete the Leviathan Raid. Afterward, they were given a special version of the Arm’s Dealer Strike, which rewarded the Exotic. The Legend of Acrius could be upgraded further by completing even more steps. Luckily, players no longer have to go through this long quest chain to get the Exotic.

Related: Destiny 2: How To Get Thunderlord (Exotic Machine Gun)

The removal of the Leviathan Raid took away the ability to acquire the Legend of Acrius. Currently, many of the past Exotics that were tied to quests can now be purchased at the Monument of Lost Lights in The Tower. This kiosk contains previously unobtainable weapons from every expansion in Destiny 2. Those looking to purchase Legend of Acrius will need 150,000 Glimmer, an Exotic Cipher, 240 Spoils of Conquest, and 2 Ascendant Shards. These last two materials are the hardest to get because they require that Guardians challenge end-game content. Spoils of Conquest are rewarded for opening reward chests in a Raid. Ascendant Shards are dropped from high-difficulty Nightfalls. Alternatively, Master Rahool will convert 10 Enhancement Prisms into one Shard.

Legend of Acrius no longer needs to be upgraded and comes with the Perks: Full Bore, Accurized Rounds, Fitted Stock, and Long March. This last Perk allows Guardians to detect enemies on the radar from farther away. In addition, the legend of Acrius has the Intrinsic Trait Shock Blast, which fires high-damage Arc energy to over-penetrate enemies. The drawback is the weapon only has two rounds in the magazine. Fortunately, Guardians can complete Nightfall Strikes in Destiny 2 for a chance to be rewarded with the Legend of Acrius Catalyst. This expands the magazine size from 2 to 6 shots. In addition, the total ammo held is increased, along with the weapon’s reload speed. Unfortunately, players will need to defeat 500 enemies to unlock the Catalyst.

Legend of Acrius is a powerful Shotgun in Destiny 2. However, players may be underwhelmed without the Catalyst, as having only two rounds in the magazine significantly limits the weapon’s potential. Equipping both Shotgun Ammo Finder and Reserve Mods is recommended to get the most out of Legend of Acrius. Guardians should purchase this fun Exotic to prepare for Arc 3.0 in Season 18.

Next: Destiny 2: How To Get Anarchy (Exotic Heavy Grenade Launcher)