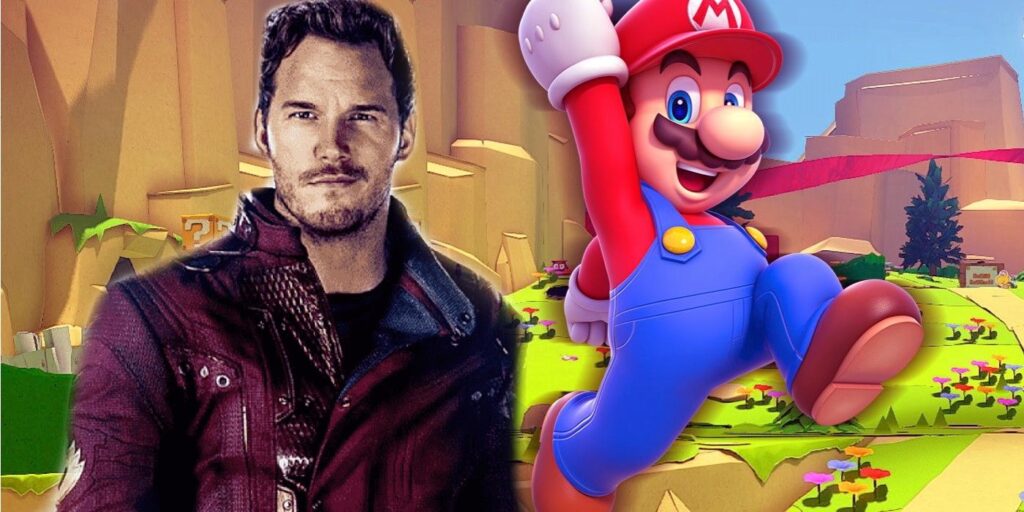 Chris Pratt says his voice as the titular Italian plumber in the upcoming Mario movie will be “updated” and “unlike anything you’ve heard.” The upcoming Super Mario Bros. movie is produced by Illumination, the same animation studio responsible for franchises like Despicable Me, The Secret Life of Pets, and Sing. The Nintendo video game adaptation is directed by Teen Titans Go! duo Aaron Horvath and Michael Jelenic and based on a script by Minions: The Rise of Gru and The Lego Movie 2 writer Matthew Fogel.

News of Pratt’s casting as Mario was first announced about a year ago at the Nintendo Direct event, which also unveiled several supporting characters featured in the film. Other than Pratt, the currently untitled Super Mario Bros. movie will feature the vocal talents of It’s Always Sunny in Philadelphia‘s Charlie Day as Luigi, Anya Taylor-Joy as Princess Peach, Jack Black as Bowser, Keegan-Michael Key as Toad, Seth Rogen as Donkey Kong, Fred Armisen as Cranky Kong, Kevin Michael Richardson as Kamek, and Sebastian Maniscalco as Foreman Spike. Other than its creative team and principal voice cast, however, details about the Super Mario Bros. film have been scarce.

Related: How Chris Pratt Could Work As Mario In The Super Mario Bros. Movie

Variety caught up with Pratt during the premiere of his new Amazon Prime Video series The Terminal List and asked the actor about finding his voice for the Mario movie. The Guardians of the Galaxy and Jurassic World star assured fans that his Mario voice will be unique and “updated.” Read Pratt’s full comment below:

I worked really closely with the directors and trying out a few things and landed on something that I’m really proud of and can’t wait for people to see and hear. It’s an animated voiceover narrative. It’s not a live-action movie. I’m not gonna be wearing a plumber suit running all over. I’m providing a voice for an animated character, and it is updated and unlike anything you’ve heard in the Mario world before.

Pratt’s casting as the famous Italian plumber in the animated Mario movie has been met with much criticism online from those who are concerned that his accent could potentially be offensive considering the actor’s non-Italian background. The idea that he might put on a more stereotypical voice has disturbed many. There are also those would rather see video game actor Charles Martinet reprise the role; Martinet is instead confirmed to cameo in the movie. Nevertheless, Super Mario Bros.‘ co-producer and Illumination CEO Chris Meledandri has come out in defense of Pratt’s casting and promised Italian and Italian-American audiences need not be worried.

Pratt is now echoing Meledandri’s sentiment, promising that his Mario voice won’t be a repeat of what’s come before, which suggests he won’t be attempting a stereotypical Italian accent. While this may quell some of the controversy online, many will likely remain unconvinced until they actually hear Pratt’s Mario voice for themselves. That day hopefully won’t be too far off, as Meledandri says the Mario movie is already about three-quarters finished and is set for a release date on April 7, 2023.

Next: Super Mario Bros: The Movie – Why Chris Pratt Is Such A Controversial Mario