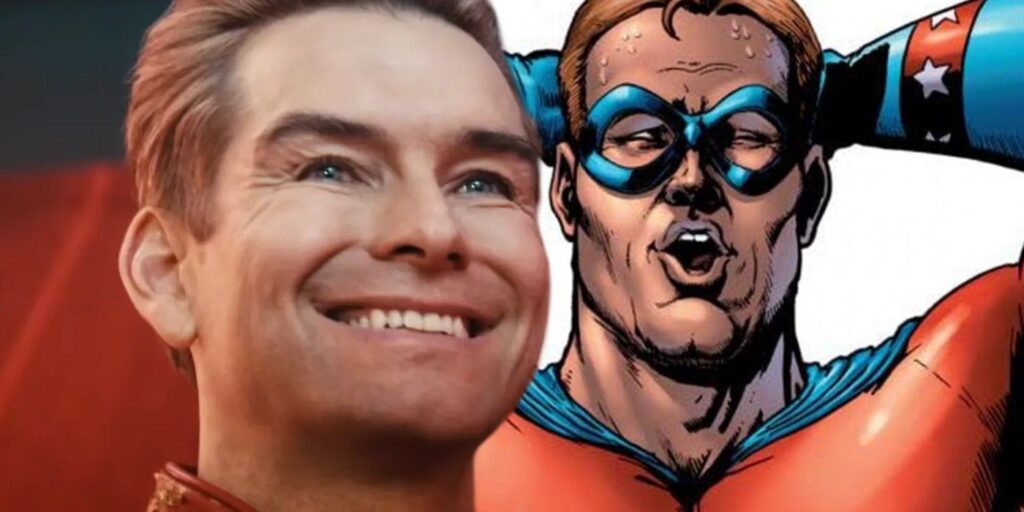 The Boys showrunner Eric Kripke teases that season 3’s upcoming Herogasm episode is some of the most graphic television content of all time. Prime Video’s The Boys came back with a bang when its hotly anticipated season 3 dropped earlier this month. Based on the comic book series by Garth Ennis and Darick Robertson, The Boys offers audiences a superhero story like no other, presenting some of the genre’s major tropes but with a much darker twist. The series sees Karl Urban lead the way as vigilante Billy Butcher, while Anthony Starr plays Homelander, his superhero arch-nemesis.

With The Boys offering a dystopian glimpse at the realities of superpowered humans, season 3’s promotional run has seen a number of teases for one particular storyline that is set to be adapted from the comics – Herogasm. The Boys’ upcoming episode 6, which releases this Friday, will see the Supes take part in an enormous superhero orgy, with their absence having been presented to the public as a major international mission. In the lead-up to this long-awaited episode, The Boys released a hilarious teaser that offered a number of warnings as to what audiences can expect, revealing that almost none of the episode could be shown in the trailer.

Related: The Boys Theory: Herogasm Is A Trick And An MCU-Like Disaster Is Coming

Now, Kripke has stoked the flames of anticipation by teasing that the graphic nature of Herogasm is unlike anything that’s been done on television before. In a recent interview with TVLine, Kripke discussed the upcoming episode and revealed that it is “probably one of the more graphic hours of mainstream television” that audiences will have come across. The showrunner shared his initial shock that they could get away with certain elements, revealing that they were able to keep it all within the bounds of what can be approved for TV. Check out Kripke’s full quote below.

It’s probably one of the more graphic hours of mainstream television that I think anyone will have seen, I think you have to really turn to porn to see things that are more graphic. When we first started prepping it with Nelson [Cragg], the director, and he was showing us what he had planned, I was just like, ‘Wow, are we allowed to show all of that?’ They checked with Standards, and there’s like these hilarious rules about how often you can simulate humping and whether or not you can show an erect penis and how long you can show a private part. There’s all these rules, but we were within the bounds of what the rules were. So the answer was we could show it.

Fans of The Boys will certainly know the score by now after season 3 kicked off with an outrageous scene involving the Supe known as Termite, although Herogasm looks set to blow this scene out of the water. Various members of the cast have joined Kripke in hyping the Herogasm episode with both Starr and Jack Quaid (who plays Hughie) revealing that the episode is among their favorites ever. The Boys newcomer Jensen Ackles also shared his experience in filming what could be the series’ most scarring scene to date, revealing that much of the show’s crew looked “traumatized” during filming, teasing that “you can’t unsee it.“

As audiences mentally prepare for the events of The Boys’ “Herogasm” episode, it’s fair to say that given the outrageous nature of the plotline, Kripke appears to be more than satisfied with how it ultimately came together. With just two episodes remaining after Herogasm hits screens, it remains to be seen just how the subplot of this upcoming episode will lead into The Boys‘ penultimate episode if audiences even make it that far. Alongside the cast and crew, The Boys‘ Twitter has continued to highlight the downright insanity of Herogasm and now there isn’t long to go until it’s finally revealed to audiences.

Next: The Boys Season 3 Shocking Herogasm Story Has Already Been Upstaged