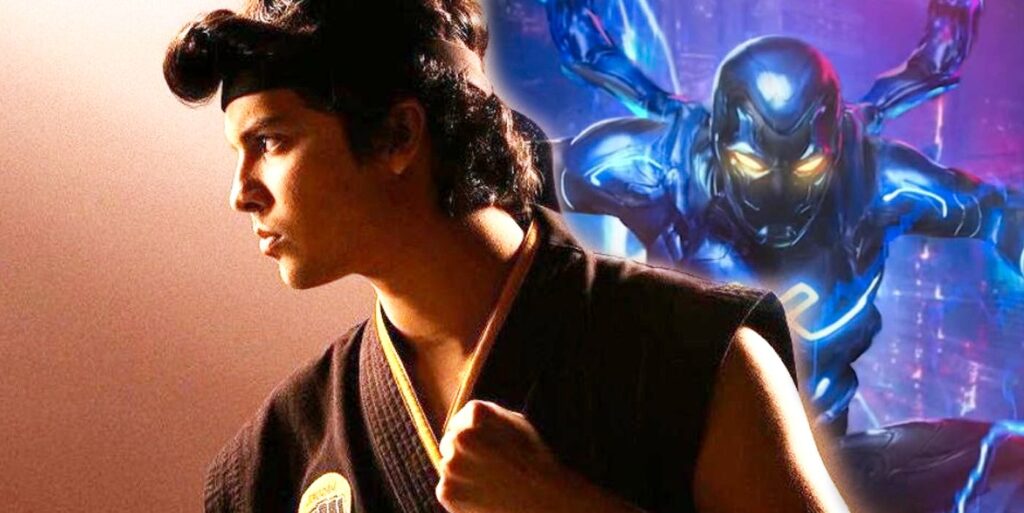 Xolo Mariduena, who is set to bring Jaime Reyes to life in Warner Bros.’s Blue Beetle live-action movie, thanks passionate fans for their support after pictures of his superhero suit got leaked from set images. As the DCEU is going forward, Warner Bros. is still working on adapting multiple iconic DC heroes and villains from panel to screen. One of the next superheroes to get the big-screen treatment is Blue Beetle, with Mariduena as Jaime in the movie. While originally conceived as an HBO Max original, Warner Bros. and DC Films ended up changing those plans as it will now be a theatrical summer movie in 2023.

Blue Beetle follows a young teenager, Jaime, whose life is changed forever when he one day discovers a powerful alien scarab that transforms him into the titular hero. Jaime is one of several characters to have carried the Blue Beetle mantle. Dan Garrett was first before Ted Kord took over the title. While Jaime was featured in an episode of Smallville season 10, this will be the first time he’ll be depicted on the big screen. As of this week, Blue Beetle has officially started filming, and it didn’t take long before Jaime’s costume got leaked through set photos.

It’s common for major motion pictures to have things revealed through set images and fans have already embraced the Blue Beetle costume on social media. Mariduena, best known for Cobra Kai, took to his Instagram story to thank all the passionate followers who have supported the suit since it emerged online. Even though actors don’t always comment on leaked images, Mariduena still wanted everyone to know that he had seen the great response. Check out his post below.

The Blue Beetle costume was first revealed through concept art during the film’s panel at DC FanDome in 2021. A lot of the fan responses online share the sentiment that Blue Beetle’s costume looks exactly like what had been previewed through the concept art. In many cases, a live-action costume tends to look different than it does on the page, but in this case, Jaime’s suit translated well from the Blue Beetle concept art. Given that the first look came from unofficial set images, it will almost certainly look even better through promotional images and in finished footage.

Now that Blue Beetle has kicked off principal photography, more details about the DCEU film will more than likely begin to emerge in the coming weeks. While Blue Beetle has a massive cast, the biggest mystery so far is probably regarding who Harvey Guillén (What We Do In The Shadows) is portraying in the film. Another unanswered question is whether or not Ted Kord is actually in Blue Beetle. Despite Jason Sudeikis’ casting rumor having been debunked recently, it hasn’t been ruled out that the former hero could still appear in Blue Beetle in some capacity.

MORE: How Powerful Blue Beetle Is Compared To The DCEU’s Justice League Heroes