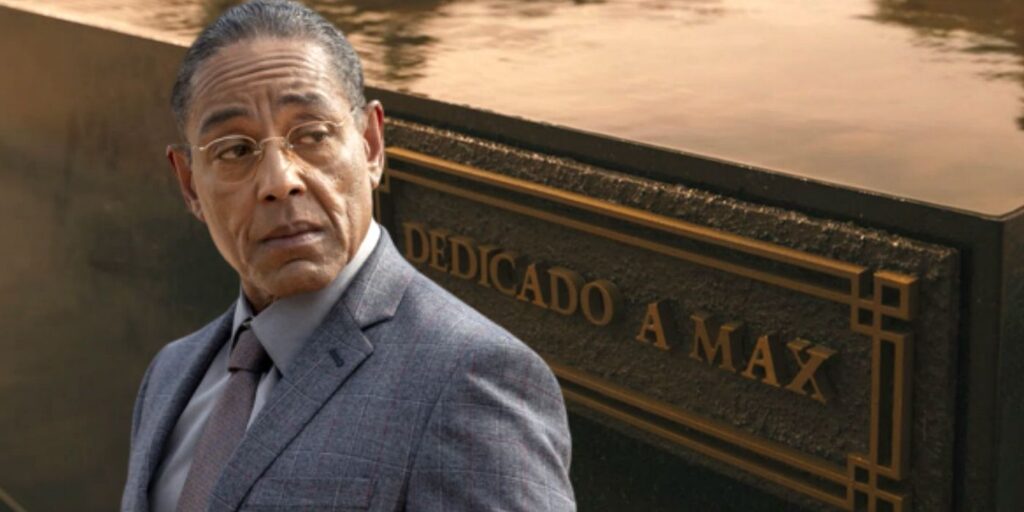 In Better Call Saul season 5, episode 5, “Dedicado A Max,” there is an Easter egg that alludes to a character previously introduced on Breaking Bad. Situated at the center of a small and peaceful Mexican village is a luxuriously out-of-place yet tastefully designed memorial fountain with an inscription that reads “Dedicado A Max” or “Dedicated to Max.” Just who is this Max that his memorial would warrant a solemn visit from the mob boss and ice-cold murderer Gustavo Fring (Giancarlo Esposito)?