Best Ancient City Seeds To Use in Minecraft (June 2022) 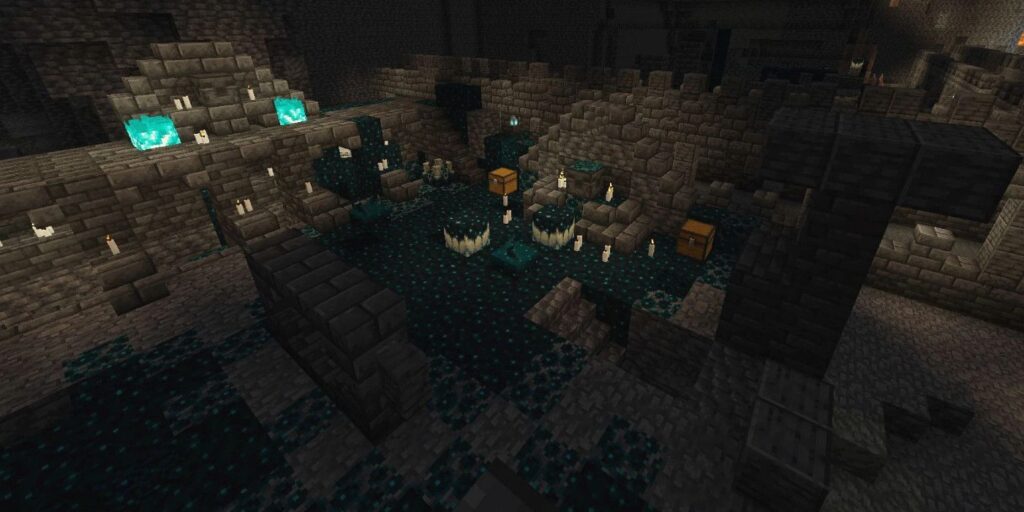 One of the new structures that were released with the 1.19 update of Minecraft is the Ancient City. Players will know they are getting close when they find Sculk blocks, darkly glowing blocks that players can use to make a sculk farm in Minecraft. To find Ancient Cities, players will need to search deep underground, in the appropriately named deep dark biome, which is covered in Sculk blocks. Deep Dark biomes and the Ancient Cities within are usually found underneath mountains.

Ancient Cities are wide open areas appearing at very specific coordinates. Specifically, they are found at Y: -52 and below, near the bottom of the map. If players dig down from there, it will not be long before they hit bedrock. The Ancient Cities in Minecraft are within a wide-open area, so they are easy to find as long as players look in the correct locations. To get there, players will need to dig down, but make sure not to dig straight down.

Related: How to Get To The Blockworks Library in Minecraft

Players should beware when exploring an Ancient City. They can find some excellent loot in the chests scattered around the area, but there are deadly enemies within the Ancient City. The terrifying Wardens lurk within, ready to ambush the unwary adventurer. The Wardens in Minecraft have distinctive noises and unique animations, and players will want to have powerful armor and weapons before tussling with these foes.

Creating a world seed happens when players create a new world. While in the world creation screen, select More Options. From there, players can enter the seed into the text box. There are likely many other seeds that could be considered the best Minecraft seeds but have not been discovered yet. In the past, the seeds would generate different worlds for the Java and Bedrock editions. That has recently changed because the 1.18 update of Minecraft made it so that now both versions generate the same world. Now, no matter which version of the game players use, these world seeds will work.

Seed 5146159088207717555: Generally, there is one Ancient City per deep dark biome. This one has a massive deep dark biome and ten Ancient Cities with plenty of loot to be found. Just head towards the snowy mountains.Seed -3583656773070355489: This Ancient City is easy enough to find; simply dig down. It’s never a good idea to dig straight down in Minecraft, so create stairs. It’s also a good idea to get better equipment before venturing into such a dangerous area, but some players enjoy a challenge.Seed -4212966053895285705: Another seed that spawns players directly above the Ancient City.Seed 4798244056301981241: There is an ancient city nearby, underneath a mountain with a special village in Minecraft and a dungeon with spider spawners.Seed 965005309095848990: Here, players will find themselves in a savannah biome. There are plenty of biomes, including badlands, a coral reef, and a mineshaft surrounding the ancient city.

Next: How To Use Sculk Catalyst in Minecraft (& What It Does)