Batman Only Takes One Piece of His Costume to the Beach, & It’s Perfect 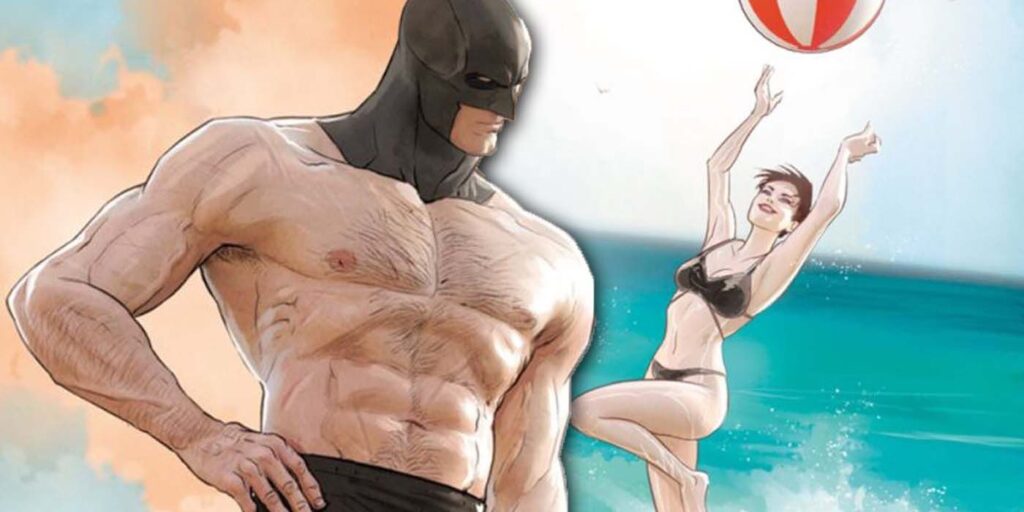 Even when enjoying a lovely time at the beach with Catwoman, Batman makes sure to keep one piece of his costume on: his cowl. In a new swimsuit variant cover art from artist Mikel Janin that will appear on Batman #126 from DC Comics, Batman chooses to accessorize his swimsuit with his iconic cowl as even when he has a fun time on the water, he doesn’t want to give away his secret identity.

This summer, DC Comics is letting its heroes have some fun on the beach as a new series of swimsuit variant cover art shines the spotlight on the softer side of its most iconic characters. DC has recruited some of its most talented cover artists for the variants, as Nicola Scott, Stanley “Artgerm” Lau, and Rafa Sandoval all got the chance to tackle fun swimsuit covers. However, Mikel Janin’s Batman and Catwoman-starring cover might be the best of the bunch, solely because the Dark Knight refuses to take off the cowl from his costume while at the beach.

Mikel Janin (Batman) shared his variant art for the upcoming swimsuit covers from DC Comics, as he got the chance to show Batman and Catwoman enjoying a nice summer day in the sand. The art shows Catwoman hitting a beach ball in the ocean while Batman, wearing a speedo, his costume’s cowl, and nothing else, stands in front of her. Of course, Bruce Wayne isn’t about to let the world know about his relationship with Catwoman, as it could spoil his secret identity. Still, seeing Batman wear his cowl with just a swimsuit makes for a somewhat hilarious sight.

The swimsuit cover art from DC Comics are fantastic across the board. Showing off the more fun side of its heroes, including an excellent cover of Harley Quinn that pokes fun at her classic origin, reveals an often hidden side to the characters not usually shown. Seeing them relaxed, even if Batman still wears his costume’s cowl while on the beach, makes for a fun variant for readers to collect.

Mikel Janin did an excellent job with the swimsuit variant cover art, as it perfectly encapsulates Batman and Catwoman’s relationship. Catwoman is seen having fun while not being worried about who could be watching, while Batman makes sure to suit up in his cowl, despite only wearing a swimsuit. The juxtaposition between the two iconic DC characters makes their romance so great. Readers can pick up the swimsuit cover starring Batman and Catwoman when Batman #126 by DC Comics arrives in comic book stores in August.