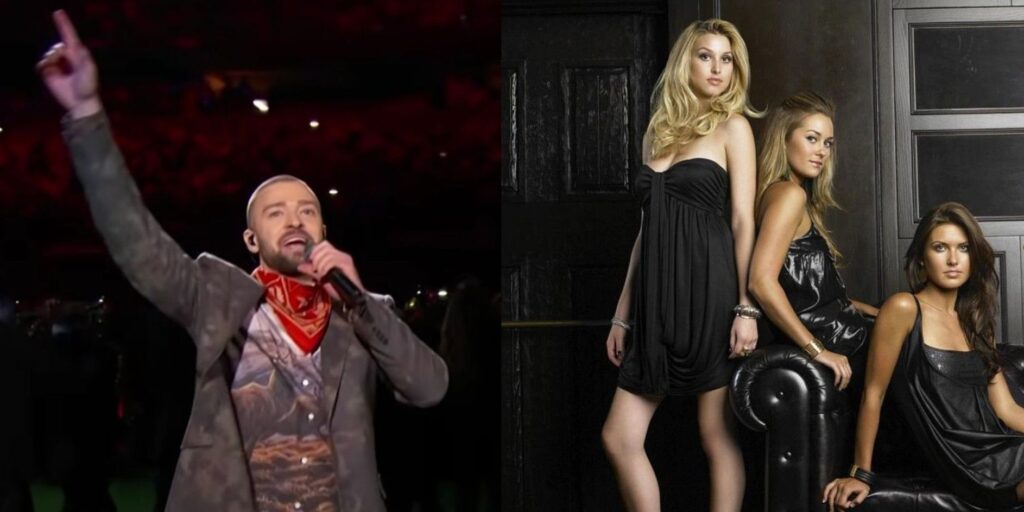 Audrina Patridge is definitely not team Justin Timberlake as The Hills star revealed the pop star once shaded the show while she, Lauren Conrad, and Whitney Port stood on the VMAs stage beside him. In September 2007, the reality series was airing its third season, and its stars were on top of the world. The Hills premiered when reality television was still relatively new and set the bar for what a successful reality TV series looks like. While today’s reality stars have hundreds of thousands of Instagram followers, they aren’t necessarily being hounded by paparazzi like The Hills stars were. Back then, Heidi Montag and Spencer Pratt made every tabloid cover with their staged paparazzi photoshoots and reached levels of fame only the Kar-Jenners could compete with.

It was around the ’90s and early 2000s that MTV made its switch from music videos to reality TV shows. The Real World aired on the network in 1992 and featured stars like Queer Eye star Karamo Brown. The show invited a group of adults to live in a new city in a home together while being filmed 24/7. The popular series is the longest-running in MTV’s history and is credited with inspiring the modern model of reality tv that the world watches today. The Hills may not have ever had its moment to shine without The Real World popularizing reality television. These days, it’s rare to find a single music video playing on MTV. Instead, the network has dedicated itself to reality shows like Teen Mom, Jersey Shore: Family Vacation, and from 2018 to 2021, they even aired The Hills: New Beginnings, a reboot of the original series.

According to Audrina, back in 2007, the former NSYNC member was not thrilled about MTV’s switch from music videos to reality TV, and he had no problem stating his opinion on stage at the VMAs as The Hills cast stood next to him. Audrina was a guest on The Viall Files podcast hosted by The Bachelorette contestant Nick Viall where she reminisced about the moment. Nick and Audrina discussed the world’s inability to forgive Justin, 18 years after his Super Bowl performance with Janet Jackson, where the star had a nip slip at the end of her performance with Justin. The incident negatively affected Janet for the rest of her career, while Justin received far less blame.

The host asked Audrina her opinion on the public backlash over recent videos of his dance skills while performing. Audrina didn’t have much of an opinion on the situation but did share her own negative experience with the “SexyBack” singer. “You know he shamed us one time,” Audrina revealed. The Hills star explained that she was at the VMAs one year presenting an award that Justin won, and when he got on stage, he disregarded Audrina, Lauren, and Whitney and instead ranted about how MTV needs to bring back music videos and stop airing reality shows. Justin’s exact quote was, “play more damn videos. We don’t want to see The Simpsons or reality television, play more videos.” While Nick questioned if the comments were intentional or not, Audrina was pretty sure they were and explained that she and her costars were shocked when they got off stage.

While Justin is not the only person who misses the days of music videos on MTV, standing on stage next to the biggest reality stars at the moment was not the best place to express his opinion. It was incredibly disrespectful, especially since Audrina revealed Lauren and Whitney were both big fans of the singer. Unfortunately for Justin, reality TV has only gotten bigger since 2007, and he’s likely caught an episode or two of a reality show since then. The Hills has also been able to sustain its success as over 15 years after its premiere, fans are still talking about the show and waiting on its next reboot to air. It looks like Justin didn’t get his wish after all.

Next: Lauren Conrad Might Appear On The Hills Rewatch Podcast