Arcane: The Problem With Caitlyn And Vi’s Romance Happening In Season 2 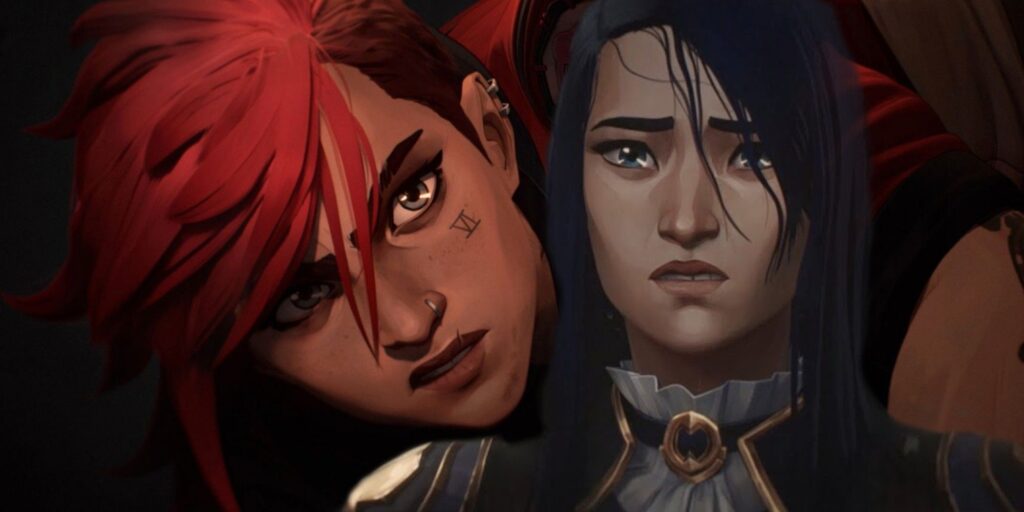 Arcane season 1 laid the foundation for a romance between Caitlyn and Vi, but there’s one potential problem with it actually happening in season 2. Ever since Caitlyn (Katie Leung) was introduced in Arcane, the debate about whether the show would commit to a romance between her and Vi (2021 streaming star Hailee Steinfeld) has been raging. Despite the occasional odd pacing, Arcane‘s season 1 included many intimate moments between Caitlyn and Vi that appeared to be leading to a romantic relationship, but so far this remains only implied.

In November of 2021, shortly after season 1 debuted, Netflix announced that production on Arcane season 2 had officially begun. There’s still no official release date, however, and Arcane season 2 likely won’t arrive in 2022, given that season 1 took six years to complete. The fact that the series is getting a second season at all is great news, however, as it means Arcane now has the chance to do something constructive with Caitlyn and Vi’s relationship.

Based on the League of Legends video game, Netflix’s Arcane show follows sisters Vi and Jinx (Ella Purnell) as they find themselves on opposite sides of a conflict between the wealthy city of Piltover and its poor undercity. When enforcer Caitlyn frees Vi from prison in exchange for her help, the two quickly develop a deep bond that ignites Jinx’s jealousy. Season 1’s cliffhanger ending provides numerous different directions in which Arcane season 2 can go, one of which involves confirming a relationship between Caitlyn and Vi.

A romance between Caitlyn and Vi in Arcane season 2 would likely suffer from a common problem with fictional queer relationships. Like Arcane‘s source material, popular media has a tendency to only imply LGBTQ+ romances without ever committing to them in order to give a franchise enough plausible deniability that it can cater to as large an audience as possible. With much less build-up, Netflix’s animated Arcane show had no problem showing a sex scene between Mel (Toks Olagundoye) and Jayce (Kevin Alejandro), but Caitlyn and Vi’s relationship was handled much more delicately—to the point that it might never be explicitly confirmed at all. While a clear romantic gesture like a kiss should not be necessary for a relationship to be considered canon, LGBTQ+ romances unfortunately often need much more obvious details to confirm them as such.

Of course, there’s always a chance Arcane will take risks that the League of Legends game and many other franchises did not and let Caitlyn and Vi officially progress from friends to something more. In addition to the win that would provide for LGBTQ+ representation, it could also contrast Vi’s missteps with her sister and provide a balance for the show’s darker beats. As Vi’s relationship with Jinx likely continues to deteriorate in Arcane season 2’s story, her relationship with another person important to her could continue developing in a more positive light. Following the show’s solid success with season 1, Arcane‘s creators might be more willing to take these risks in the future and confirm what Jinx has already accused Caitlyn and Vi of being.

With Netflix’s subscriber numbers way down in the first half of 2022, a slew of animated projects in production were cut, but fortunately, Arcane has been spared. This means that Arcane season 2 should still be happening, which is hopeful news for Caitlyn and Vi. At the same time, however, now that Netflix is in a more precarious position trying to hold onto subscribers, the streamer may be less willing to take a “creative risk” with an LGBTQ+ romance for fear of alienating viewers.

The biggest potential problem with a Caitlyn and Vi romance in Arcane season 2 is the show’s hesitancy to commit to it. Sadly, ambiguous moments between the women might be all Arcane is willing to do. Despite the evidence of a romance, or at least the foundation for one, Caitlyn and Vi will likely not get the kind of relationship they deserve.

Next: Arcane: How Old Is Heimerdinger? Yordle Lore Explained