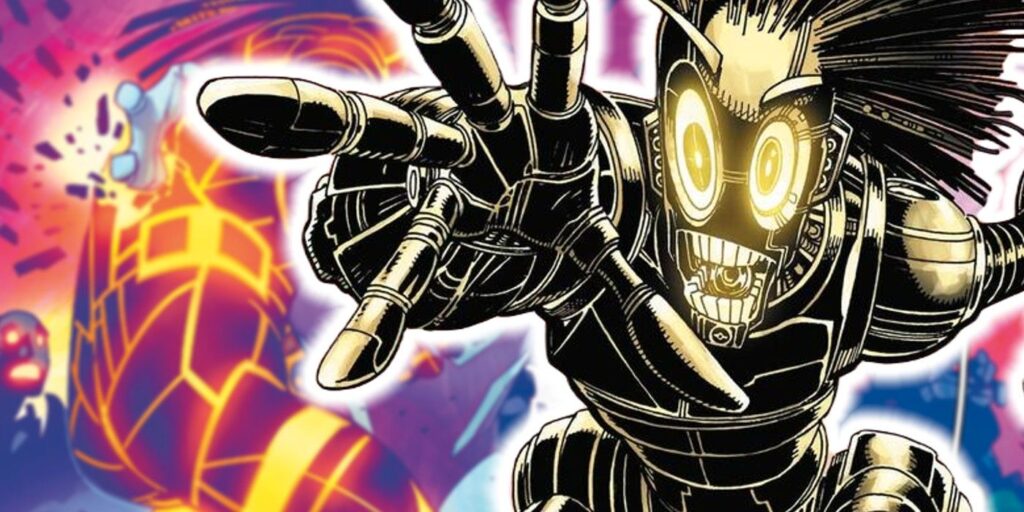 Warning: Spoilers for Legion of X #1 ahead

One of the X-Men’s most underrated yet powerful mutants, the alien being called Warlock, will be taking on an even more important role on Krakoa after the murder of his father, the Technarch Emperor Magus. While Warlock has taken a more backseat role in the X-Men franchise since Jonathan Hickman’s 2019 House of X/Powers of X reboot, he has still played an integral role in the founding of Krakoa, and will seemingly be thrust into the spotlight moving forward.

Warlock is a member of the techno-organic alien race called the Technarchy, part of the larger Phalanx race, and was first introduced in 1984’s New Mutants #18 from Chris Claremont and Sienkiewicz, before quickly becoming a dependable member of the New Mutants team. The Technarchs are an emotionless race of beings whose society forces all sons to fight their fathers to the death, but Warlock quickly realized he was a mutant Technarch capable of feeling empathy, which led him to flee to Earth and befriend the New Mutants, in particular the young Doug Ramsay, whose mutant power as Cypher allowed him to communicate with Warlock in a way no one else could.

Related: The X-Men are Actually Being Poisoned By Krakoa – Theory Explained

In Legion of X #1 – written by Si Spurrier with art by Jan Bazaldua – the titular Legion, the son of Charles Xavier, pays the Quiet Council an impromptu visit to speak directly with Warlock. Legion reveals that the recently resurrected Ruth Aldine, a precognitive mutant known as Blindfold, picked up a “sensory engram…burning in the astral plane,” which showed the evil Sentinel known as Nimrod murdering Warlock’s father the Magus. Magus was the leader of Kvch, the home world of the Technarchy, and was a recurring villain for the New Mutants and X-Men throughout the 80s and 90s. Warlock is distraught by the news, especially because the most recent arc involving Magus in All-New X-Factor established that he had repaired his relationship with Warlock after the near-genocide of the Technarchy. The Phalanx, the “parent race” of the Technarchy, has played a major role in the formation of Krakoa, from Warlock’s own influence on the terraformed island to Moira MacTaggart interacting with the Phalanx in many of her future lives to Wolverine coming to Krakoa from the future fully infected with the Phalanx’s transmode virus, so the murder of Magus may have a bigger impact on the future of Krakoa than one would think.

Warlock, with the help of Cypher, worked with the sentient Krakoa to use his techno-organic Phalanx-based powers to terraform the island and make it inhabitable and resourceful for the mutants, while Moira X simultaneously attempted to steer the mutants to genocide to prevent them from stopping humanity’s ascension into the Phalanx in the far future. Typically in Technarch society when a father is killed his son takes his place in whatever role he has in society, so this means that the vacuum filled by Magus’ death could mean that Warlock will be asked to become the new leader of the Technarchy. The other major complication is that Magus was murdered by Nimrod, a sentient AI created by the anti-mutant agency Orchis who has been responsible for the death and destruction of mutantkind in almost every possible future timeline. It remains unclear why Nimrod, or Orchis, would want Magus and the Technarchy destroyed, but it is possible that they are trying to harness a connection to the Phalanx to bring about humanity’s ascension centuries earlier. Powers of X #2 established that the Technarchy is most likely not aware that the Phalanx uses them as the first step in their absorption of worlds, which is another clue that Nimrod and Orchis may now be working with a Phalanx.

Warlock has taken a major behind-the-scenes approach to his engagement with the new nation of Krakoa and the X-Men, but he may need to step up his responsibilities and become more active in his fight for the future of the Technarchy, and mutantkind itself.

More: The X-Men’s Biggest Flex on Humans is About To Ruin The Entire Reboot

Legion of X #1 is available now from Marvel Comics.