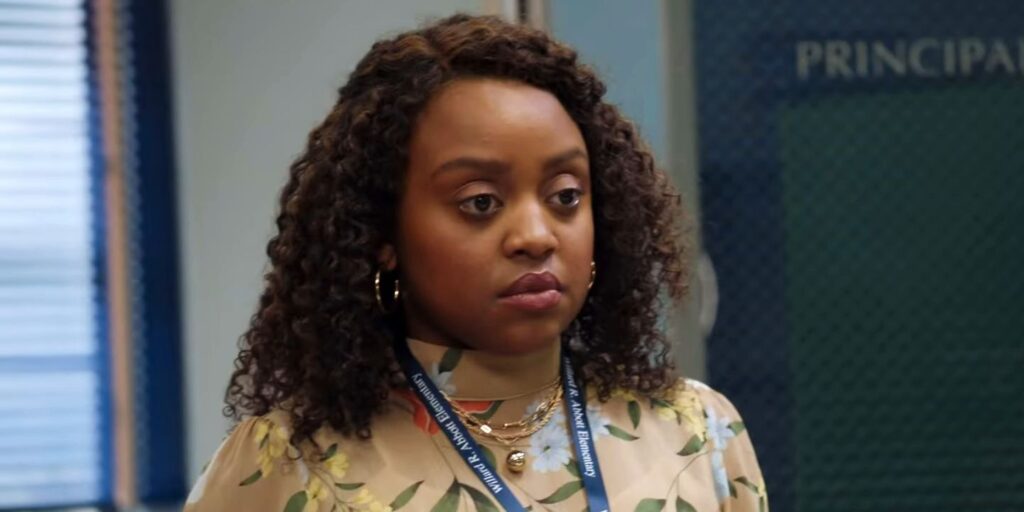 The creator of Abbott Elementary, Quinta Brunson, slams requests for a school shooting episode. Abbott Elementary is a mockumentary style series that first premiered on ABC on December 7, 2021. In addition to creating the series, Brunson also stars in it as Janine Teagues, a passionate, optimistic second grade teacher who strives to help her students. Janine leads a small group of similarly passionate teachers who fight against the school’s understaffing, underfunding, and general lackluster attitude towards education to give their students the best life possible.

The series was quickly met with critical acclaim, with the Abbott Elementary Rotten Tomatoes score being near-perfect, and has already been renewed for season 2. In particular, viewers enjoy the comedic nature of the series and its bold, hilarious take on the state of the U.S. education system. Abbott Elementary highlights what’s wrong with today’s public schools, but also gives much needed appreciation to the countless teachers who display extraordinary devotion.

Related: Abbott Elementary Is Not The New Parks & Rec (And That’s A Good Thing)

Despite the series being a breath of fresh air, however, some viewers apparently want it to take a dark turn. Brunson takes to Twitter to slam viewers who requested an Abbott Elementary episode featuring a school shooting in the wake of the tragic shooting at an Uvalde, Texas elementary school that took 21 lives. She displays one request in which a viewer suggested an Abbott Elementary school shooting episode could make the government understand why gun laws need to be passed. Brunson responds with shock and disappointment, pointing out how absurd it is that people are suggesting entertainment should advocate for gun laws, rather than holding politicians accountable. She also urges them to put their energy into contacting their elected officials about gun laws instead. Check out her posts below:

Brunson does not mince words, and outlines exactly how wrong it is to suggest such an episode. For one, asking for a school shooting episode in the wake of a tragedy is simply insensitive, but to defend one’s requests by claiming that it can change the government policy is very flawed reasoning. Viewers are much better off writing to their elected officials and advocating for a genuine political response, rather than spending their energy thinking up an Abbott Elementary episode storyline and contacting the show’s writer.

Abbott Elementary is more than just a comedy – it is a refreshing tribute to teachers across the globe who work tirelessly to better students’ lives. It’s shocking that some viewers would suggest that this show dramatically shift its tone and see these students and their beloved teachers caught in an unimaginable tragedy, no matter their intentions in doing so. Not only that, but the implication that an episode of television could have a more lasting impact than a real-world tragedy is deeply troubling, and it’s fortunate that Abbott Elementary creator Brunson is so willing to confront her misguided viewers and explain her point of view.

More: Abbott Elementary Is Reviving The TV Mockumentary (By Improving It)