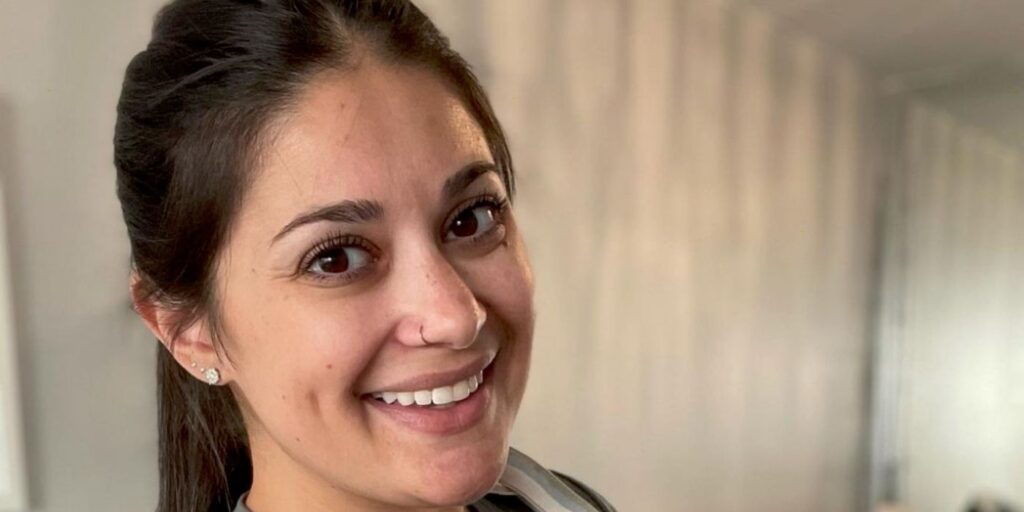 Beloved 90 Day Fiancé star Loren Brovarnik shared photos showing her baby bump at five months from all the three times she’s been pregnant. Loren and her husband Alexei Brovarnik became popular after their debut on 90 Day Fiancé season 3. Loren had met Alexei for the first time in 2013 during her Israel birthright trip. Ukrainian native Alexei had immigrated to Israel with his family when he was 11 and on the TLC show, found himself moving to the U.S. to be with Loren. In 2015, Loren and Alexei got married in America, and a year later, again in Israel.

The major issues in Loren and Alexei’s 90 Day Fiancé relationship have been their arguments about work and the place where they wanted to settle down. Alexei was a medic, and Loren quit her corporate job to focus on their growing family. In October 2019, Loren and Alexei announced their first pregnancy and in April 2020, they welcomed son Shai Josef Brovarnik into their lives. Within a year, the 90 Day Fiancé couple were pregnant again and in August 2021, they had a second baby. Their second baby is also a son whom Loren and Alexei named Asher Noah Brovarnik.

This time around, Loren’s announcement of her third upcoming baby with Alexei arrived just in time for Mother’s Day. Loren also revealed that the couple will only find out whether the baby is a boy or a girl upon its birth. In the franchise star’s latest Instagram post caption, Loren asked fans to guess the gender of their baby. Loren shared that many fans have been wanting to see comparison photos between all her three pregnancies. Loren, who’s around five months pregnant now, posted throwback photos of when she was five months pregnant with Shai and Asher. “The bump comparison you’ve all been asking for! All taken at 5ish months in each pregnancy,” Loren declared.

Loren reminded her fans that while they know it’s obviously going to be a healthy baby, they’d like their fans to tell them what they’re thinking. “You’re carrying higher this time! I’m thinking girl,” posted one of Loren’s 90 Day Fiancé fans. Another fan predicted that Loren is a “boy mom” and that her soon-to-arrive child will also be a boy. However, the majority of guesses about Alexei and Loren’s next baby seem to be from fans who are wishing they welcome a little girl into their loving home. Meanwhile, reality TV fans also complimented momma Loren for how stunning she was looking in all three pics.

Loren and Alexei’s baby is due in fall 2022, but before that, the second season of their 90 Day Fiancé spin-off Loren and Alexei: After the 90 Days is also expected to go on air. The storyline might not document Loren’s third pregnancy but will actually focus on Asher’s birth, the 22 days he spent in the NICU, and then later all four members of the Brovarnik household getting COVID-19. The couple also recently won big at the 2022 MTV Movie & TV Awards, picking up the award for Best Reality Romance, which shows just how beautiful their 90 Day Fiancé journey so far has been.

Next: 90 Day Fiancé: All Cast Members Who Are Pregnant Right Now