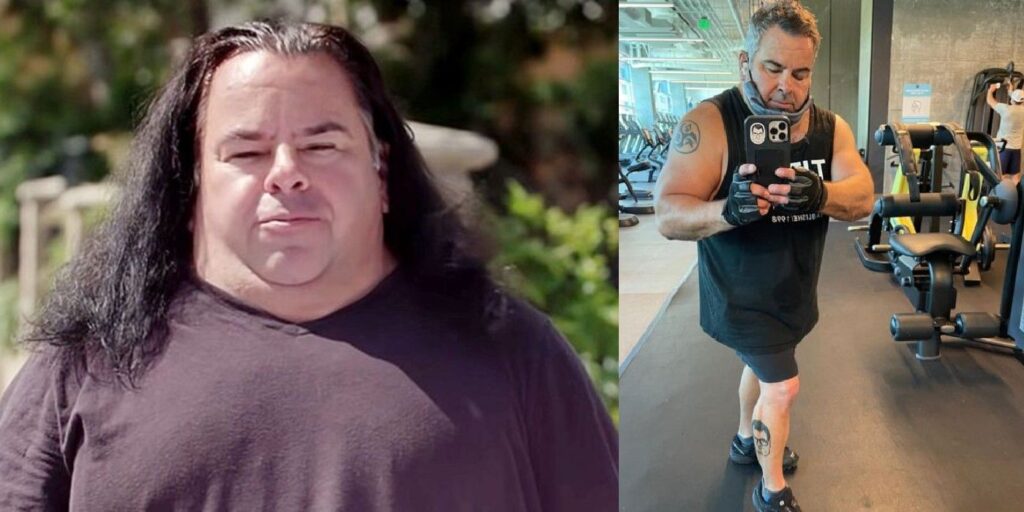 Former 90 Day Fiancé franchise star Big Ed recently posted his intense exercise routine on Instagram, but it failed to inspire the fans. The popular cast member originally debuted on 90 Day Fiancé: Before the 90 Days season 4 and pursued a relationship with Rosemarie Vega. While the couple had a nice beginning, the Philippine native soon dumbed Ed after he disrespected her several times on national TV. The breakup pushed the 57-year-old reality star to make his way into the 90 Day: The Single Life, where he appeared twice to find true love. While looking for love, Ed also started his fitness journey to drop some pounds.

Ed has Klippel-Feil syndrome, but it didn’t stop him from achieving a remarkable weight loss transformation over the last few months. He began working on his revenge body after his split from Rose. Finally, in April 2021, Ed revealed he lost 25 pounds within eight weeks of joining the gym. A few months later, he shared that he was two and a half inches down but had gained a couple of pounds back. There’s no doubt that Ed has achieved a significant transformation over the years.

However, 90 Day Fiancé viewers aren’t usually impressed by his slow progress. Recently, Ed shared a video of himself walking with two dumbbells in his hands. He also wore a big chain on his shoulders while presumably listening to songs on his AirPods. While the popular cast member didn’t caption the post, he clearly wanted to impress his Instagram followers with his intense workout. Unfortunately, 90 Day Fiancé fans felt the opposite and found his training laughably awkward. A critic wrote, “5 year old me carrying two gallons of milk to the cart.” Another critic referenced the Flintstones and wrote, “Barney Rubble working out.”

A few 90 Day Fiancé viewers did come to Ed’s aid and claimed the people laughing at his workout were ill-wishers. A fan wrote, “Man so many insecure haters on the comments. Let the man live ! Let’s go big Ed!” Someone else even suggested Ed work on his belly fat and wrote, “You should try some ab work too.” The reality star is working hard, and fans should support him, but it’s understandable why they find it hard to do so. In the past, Ed has shared controversial fitness opinions on social media. One such tip was consuming energy drinks before the workout, which turned off many fitness enthusiasts.

Another reason why fans do not praise Ed is because of his unbelievably slow improvement in the gym. He has been working out since 2020 and has not shown a drastic transformation like other 90 Day Fiancé cast members. While stars such as Winter Everett, Tiffany Franco, Andrew Kenton, and Natalie Mordovtseva have completely changed their look over the last few months, Ed is still almost the same as he was during his debut. It has made many fans think he is not serious about his fitness journey and only posts for social media clout. Hopefully, the 90 Day Fiancé franchise alum is working out to achieve fitness and not fame.