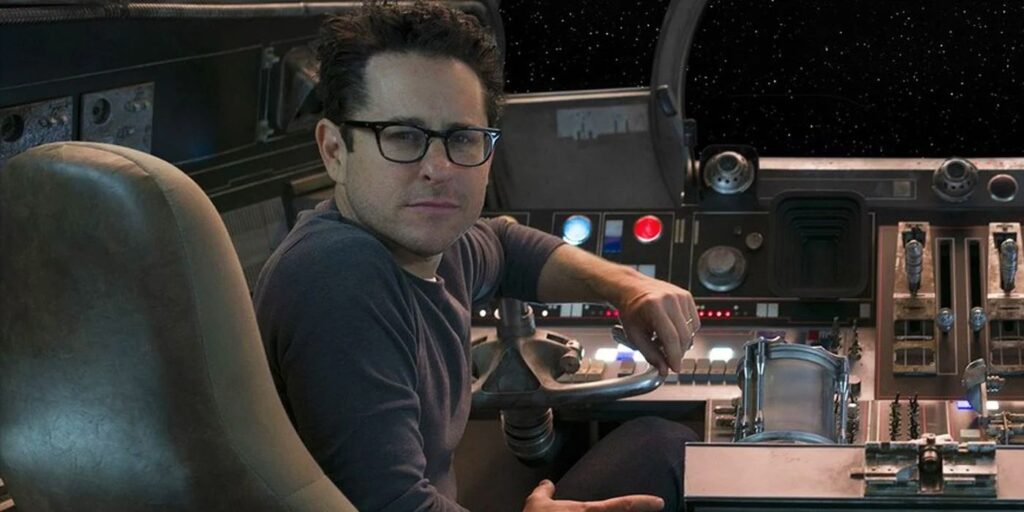 David Zaslav has been the CEO of Warner Bros. Discovery ever since the two companies merged in April, and in that time, he has made many controversial decisions, such as canceling Scoob 2 and Batgirl. The CEO is cleaning house, cracking down on excessive spending, and canceling certain projects that were in development since before the merger, including ones that are already complete.

Zaslav has the power to cancel shows on The CW, HBO, and HBO Max projects, and anything from Warner Bros., and he’s done exactly that. There have been so many cancelations that the past few months have jokingly been nicknamed The Axe of Zaslav. These projects aren’t the totality of Zaslav’s victims, as more have been canceled since April. And it has made some worried about what’s next.

Director J.J. Abrams has loads of exciting upcoming projects, whether it’s a Portal movie adaptation or his long-awaited Superman movie. Demimonde was one of those projects too, which was a sci-fi series that had been in the works for over four years. But Zaslav canceled the sci-fi show in June. As Zaslav has been focusing on saving costs wherever possible, this was a big saving, as, according to Collider, the show needed a budget of $200 million.

That isn’t the only Abrams-related show that’s in trouble either, as his production company, Bad Robot, hasn’t delivered on its promises following its $250 million deal with Warner Bros. in 2019. According to The Hollywood Reporter, Zaslav is “frustrated” by the company’s lack of output despite having rights to Constantine and Madame X.

Charmed is a reboot of the extremely successful 2000s show of the same name, but the new iteration of the fantasy series didn’t land quite as well with viewers. The show was canceled in May, and it was one of many CW series to be canceled in one huge announcement that must have been massively disappointing for fans. But that might have been for the best, as some think it’s one of the worst TV show reboots ever.

The show still had a great run, as it lasted for four seasons, and there were close to 20 episodes per season, which is almost unheard of by today’s standards of six-to-nine-episode limited series. It even wrapped everything up perfectly too, as it tied in the original series with an epic multiverse ending.

Just like Charmed, Roswell: New Mexico is a reboot too, but it was always strange that WB chose to reboot the show in the first place. The original was never that well received or popular in the first place, and the reboot, unfortunately, didn’t improve on the premise of the supernatural alien teen drama, as it has a low 6.1 on IMDb. In the same Charmed announcement, it was revealed that New Mexico wasn’t getting renewed.

It’s almost as if the studio was repeating the same mistake they did with Blade Runner. While the original is a cult classic, it bombed at the box office in 1982, but the studio still greenlit an R-rated sequel to the movie 30 years later and gave it a $200 million budget. Unsurprisingly, despite being great, Blade Runner 2049 bombed. The Roswell franchise has an almost identical story.

4400 is yet another reboot of a successful 2000s series, and it always seemed odd rebooting a mystery series that has been concluded and the mystery solved. Zaslav seemed to think so too, as TV Line reported that it was canceled in May.

4400 episodes were aired weekly on The CW, and it did exceptionally low numbers, as, according to Showbuzz Daily, the season finale had less than 250,000 viewers, so it’s hardly surprising that the plug was pulled. The show is one of WB’s biggest failures, as was canceled after just one 13-episode season.

Naomi was a brand new show that premiered earlier this year, but despite having a great critical reception, the show was canceled in May. However, what makes Naomi‘s cancellation more interesting than the rest is the force behind it. The show was being spearheaded by Ava DuVernay, so it seems that nobody is safe from Zaslav’s ax.

And, once again, the show was just one season, and the announcement came just one week after the final episode aired. It’s the closest a CW show has come to being straight-up canceled mid-production, which has unfortunately happened to a lot of shows, and the final episodes were never aired. It isn’t the only Arrowverse show to be canceled this year either, as both Legends of Tomorrow and Batwoman were canceled too.

The Wonder Twins is a DC superhero team, and the duo can transform into any form of water and animal they want. And Black Adam writer Adam Sztykiel was attached to pen the screenplay. The project was announced as recently as February of this year, but it was still two months before the merger. And as soon as that happened, it was immediately canceled.

It’s a wonder how the project even reached the development stage, especially as it isn’t that well-known of a property and there are so many other better-known DC characters that have yet to get their big screen debut. The movie was reportedly canceled due to its budget of $75 million, which actually isn’t all that high for a superhero movie, and the studio thought it was too much of a risk.

Raised by Wolves is two full seasons in, is incredibly critically acclaimed, and the first two episodes were directed by Ridley Scott. If that name doesn’t give the streaming show prestige then nothing does. The series is one of the weirdest TV shows ever, as it follows two androids who try to control human beliefs on a mysterious planet. But, unfortunately, it was canceled abruptly in June.

While it isn’t clear how much Raised by Wolves cost to produce, it has a blockbuster movie look about it, and that must come at a price. Zaslav must have weighed up the cost of production against the viewership and simply concluded that it was not worth it. Just as the studio head quietly removed six films from HBO Max even though they are completed movies, it cost the streamer too much to host them, and there’s no point if nobody is watching them.

In the Dark had an interesting premise, as it followed a blind woman who set out to solve the murder of her best friend. But the show started to suffer when the crime was solved, as there was nowhere for the series to go, but it was still successful enough to greenlight more seasons.

This problem happens to the best shows, even Twin Peaks, but after four seasons, the ax was finally dropped in May. The fourth season hasn’t even finished yet, but the episodes still be released. And with three episodes to go, creator Corinne Kingsbury promises a satisfying ending, as the final episode was reshot to avoid a cliffhanger ending.

In what is a huge shock, Zaslav canceled the release of Scoob 2: Holiday Haunt, which was already post-production and had a scheduled release of December 2022. While it might sound ridiculous to cancel a movie’s release when it’s all but complete, marketing a movie and putting it in theatres generally costs just as much as the production budget. So the studio has such little faith in it that they think it’d be safer to mark it as a write-off.

It’s hard to understand how successful Scoob was, as its theatrical release was postponed due to COVID-19, but it did get a limited release further down the line. The movie made $27 million worldwide, which is pennies on the dollar when it comes to its $90 million budget. However, though it doesn’t count for much, it went straight to video-on-demand and, according to The Hollywood Reporter, it was the third most popular VOD movie during the pandemic.

Along with Scoob 2, it was also reported that the almost-completed Batgirl would be shelved. The original plan was for the Leslie Grace-starring Batgirl to go straight to HBO Max, and, earlier in the year, there were rumors that it’d get a theatrical release, meaning that the studio was seemingly happy with the film. However, that couldn’t be further from the truth, as it isn’t just skipping theatres, but it’s skipping streaming services.

But the Batgirl cancellation might not mean that it’s a bad film. It could mean that Zaslav and co. simply want to go in a different direction with the DCEU rather than further confusing general audiences. Releasing a DCEU Batgirl doesn’t make much sense if Zaslav is looking for his own Kevin Feige-type figure to head the universe. And, at the very least, it makes the chances of Superman returning much higher. Either way, it’s a $90 million loss for Warner Bros., minus the tax breaks, of course.

NEXT: Batgirl & 8 Other Movies That Will Go Unreleased