Dragon Paintings That Are Not Scary Because of Their Beauty 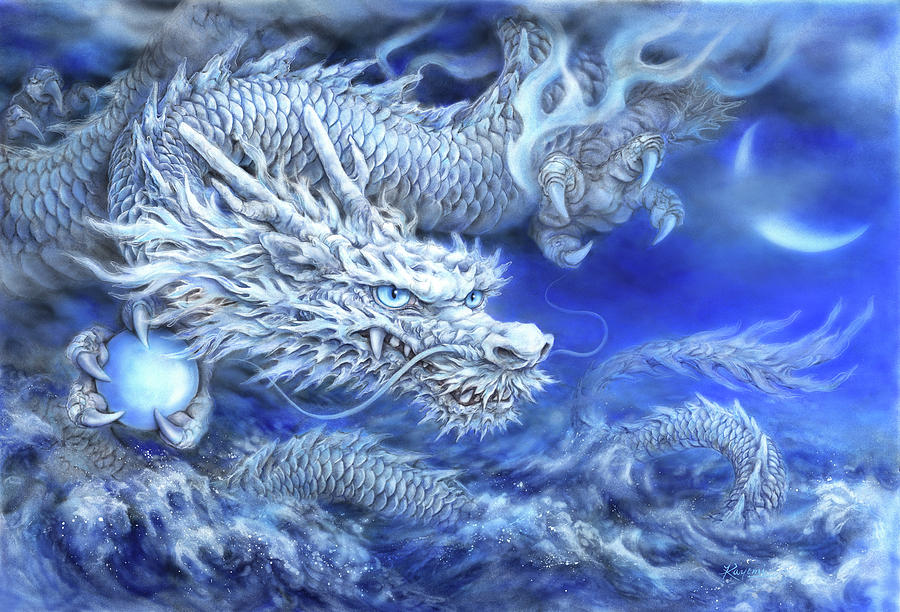 A dragon is a creature that appears to be a four-legged, two-winged reptile and could breathe fire. It is most likely to resemble crocodiles and lizards in the middle ages and is the trait of many cultures for folks. Almost 3000 kinds of dragons are believed to exist on the south-eastern island in Indonesia.

Western people considered them in their traditional rituals and honored them by making tales. An Italian artist Raphael, painted one of the first dragon paintings of Western art, Saint George and the Dragon, in 1505, reflecting the oil painting on wood. The trend of painting a dragon started in the early 16th century as dominant people and kings probably used them in paintings to show royalty.

Moreover, dragons were the origin of spiritual beliefs for many people over the centuries, and many cultures adopted them as entertainment. The paintings of various types of dragons are scary but hold classical beauty. Moreover, the beauty in dragon’s drawings captivated the minds of many artists, and they started to paint them more vigorously.

Dragons were used as a sign of demons and evils for thousands of years, but the artwork of some artists and painters shows that dragons are a tremendous exotic form of beauty. Here is a list of paintings possessing the beauty of a dragon.

Illustrator Charles Altamont Doyle painted “The Dragon Chariot and Fairy Minstrels Cross the Moon” with the elegant use of watercolors. It is a remarkable dragon painting by an artist illustrating children’s fantasy. He dominates the magical evening with the abstract nature of the moon and a group of fairies flying on a dragon.

The blue color in the background with the pure white moonlight and tiny beautiful fairies associates the viewer with the tales. Two dragons having large-size wings give a ride to the fairies, playing different musical instruments to fantasize about the evening across the moon. This painting appears to be a unique art piece in his career as it sprayed more colors of the gradient. The whole scenario enlights the creative and imaginary mind of an artist.

Season Dragons attract the viewers with its sharp and vibrant use of colors. This painting captures the seasons of winter, spring, summer, and autumn using relevant colors in four-footed dragons. The correct use of colors hides the scary nature of the dragons.

The blue one is signaling towards the winter season, the green one the spring, the dark hot-red the summer, and the yellowish-brown the autumn. Every dragon is embellished with sharp spikes on the outer side, with the long tail adding more beauty to its character. The snowy flakes, butterflies, leaves, and flowers are sprinkled perfectly to reveal seasonal dragons.

This artwork is inspired by Chinese historical dragon paintings. The Chinese Dragon symbolizes love, strength, and power among people. It is commonly known as ‘lung’ or ‘long’ as a fictional creature used in folks and tales. Although the Chinese also believe in turtle or fish-shaped dragons, the lizard-shaped dragon is the most used in their culture.

The different traits are associated with dragons’ characters as controlling floods and rainfalls. Chinese draw them in various shapes for the guidance of cultural traditions. Chinese people also consider them as zodiac signs.

In China, the successful person is contrasted with the dragon as a sign of power, and a man with no success is compared with low-level creatures like earthworms. Chinese Dragon comes in plenty of designs with stunning vibrant colors, primarily red or yellow. They live in the long-run culture of China.

Swirling Lung is drawn by illustrator and artist Douglas Carrel, which used a sharp-black pencil to sketch the swirling dragon. The rounded spikes on the inner side with a long tail magnify the open-mouthed furious dragon.

It depicts the scary nature of the dragon but simultaneously holds back its beauty with the complete finishing of outlines. The swirling body appeals to more delicacy. Moreover, it also signifies the beauty of wildlife animals.

Constellation of Serpens Caput and Serpens Cauda, From ‘Uranometria’ by Johann Bayer

A German lawyer and pornographer, Johann Bayer, painted the Constellation of Serpens Caput and Serpens Cauda by using his techniques of drawing maps. He is commonly known for his cartography as he used it in artistic work.

Serpens caput means “Head of the Serpens,” and Serpens Cauda means “tail of the Serpens” located in the north and south, respectively. In this painting, the artist has grouped the brightest star Unukalhai(the Serpent’s neck).

This hand-made copper-green colored painting represents the astrology of the zodiac signs. The Serpent is located on the map, painting all dimensions, and the background is painted blue to show the Serpent’s beauty and mapping. All colors are technically engraved in the painting.

Ancient people were able to unearth the fossilized remains of long-since extinct dragons. Dragons have always played an essential part in tales, but towards the end of the 18th century, many artists felt that sufficient material had not been produced on the subject of dragons.

Dragons continued to appear in paintings and drawings created throughout the Modernist era. Dragons have been shown to help reduce children’s fear despite their reputation. In addition, dragons could symbolize beauty by depicting a guardian phase.

Similar figures of the dragons are painted by many artists and painters with distinguishing features. Post-classical and European folklore placed together the actual image of the dragons. The myths and facts about the dragons live in the stories more than in the technology world.

How To Keep Your Makeup On All Day: Tips

This Winter Add Glam With Hijabs