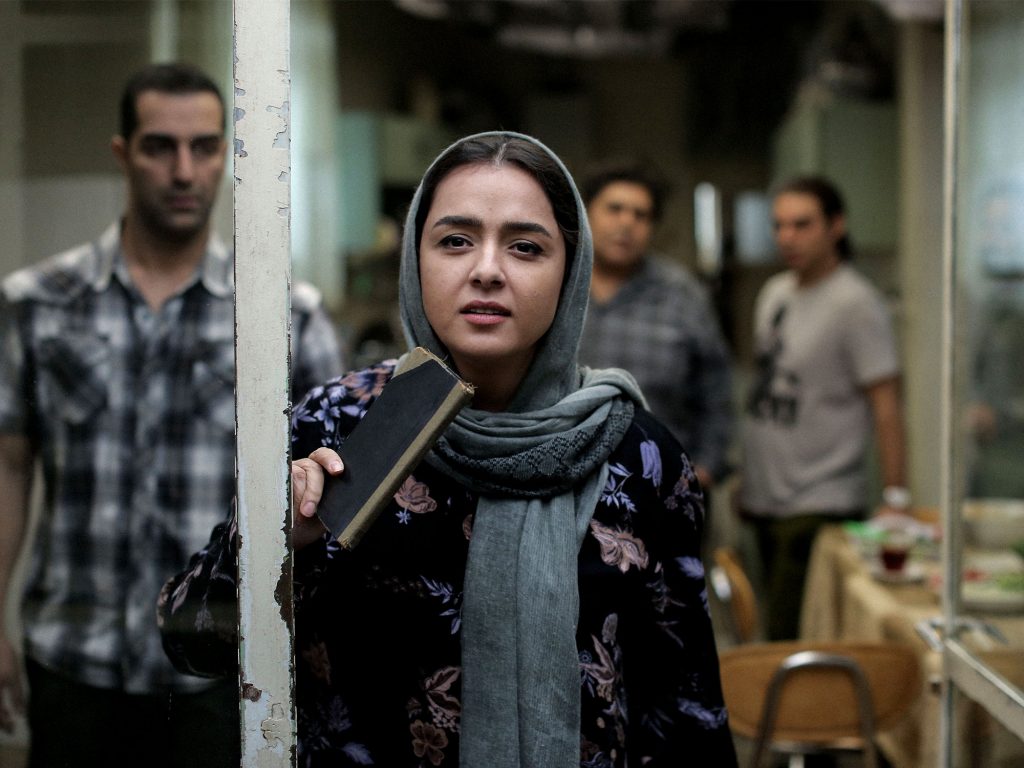 With the narrative density of a Russian doorstop novel and the searing interpersonal insights of a psychology textbook, Saeed Roustaee’s astonishing, nearly-three-hour family epic cracks the teetering stilts that are currently propping up life in contemporary Tehran. There’s Steinbeck in there too in its depiction of poverty’s gross indignities and a system that works to constantly beat you away from success. It’s like literary arthouse soap opera in the best possible way, a film whose every frame and line of dialogue is calculated to perfection, and the kind of credibly intricate plotting – with new reveals parcelled out like small gifts – that keeps you compelled (and then some) from the first frame till the last.

Taraneh Alidoosti’s Leila is the lone daughter of prideful, opium-addict patriarch Esmail (Saeed Poursamimi), and has four idiot brothers: Payman Maadi’s Manouchehr, who’s keen to drag himself out of penury by becoming involved in a fatally dodgy pyramid scheme; Farhad Aslani’s Parviz, a layabout with five children whose professional aspirations have peaked at toilet cleaner; Mohammad Ali Mohammadi’s Farhad, a muscle-headed wrestling fan who’s in thrall to the flighty whims of his father; and finally, Navid Mohammadzadeh’s cowardly Alireza, who Leila earmarks as the one hope this tragic clan have for salvation, though she’s going to need to convince him of some very tough home truths before he can step up.

The plot involves Esmail’s burning desire to be respected by peers and elders who have humiliated and abused him all his sorry life. He has been selected to become “family patriarch” following the death of a cousin, and this role would finally see him rise up the ranks of the ad hoc hierarchy, while having to pay a princely sum for the privilege. Leila sees the tradition as poppycock, and she’s not only desperate for her hapless father to avoid exploitation, but for his stash of 40 gold coins (worth tens of millions of Tomans) to go towards the deposit for a shop in an up-and-coming Tehran mall that would allow her brothers to finally flourish.

Despite the title of the film, Leila isn’t the central character, and her canny manipulations come in many cases from off camera. At points she appears as the lone moral beacon of good sense, yet Roustaee does not allow anyone to emerge as a completely sympathetic presence (and vice versa), as the revelation of secrets and the sudden shifts in the situation leave everyone open to criticism and, more often than not, on the brink of total failure.

The film is shot with unfussy precision, as best to capture the nuances of the brilliant ensemble. There are many scenes in the film with seven or eight people in the frame at one time, and it’s a small miracle in and of itself that Roustaee and cinematographer Hooman Behmanesh are able to marshal and block the actors in a way that keeps everyone front-and-centre to the action.

Yet it’s the screenplay here that’s the real showpiece, a sinuous and lively compendium of epic conversations and paradoxical arguments that are pitched to emotional and narrative perfection. The amount of heavy lifting that Roustaee does to couch his narrative shifts in a bedrock of credibility is as astounding as it is entertaining, and it’s hard to see how his players could’ve served this jaw-dropping achievement in writing any better.

Leila’s Brothers is an evisceration of the patriarchy and entrenched tradition that, at the same time, takes great pains to explain why people blindly cling to them as a kind of existential balm. The lilting generational shift, not to mention the constant spectre of death which hangs over the players, only adds to the dramatic stakes, framing this specifically-calibrated tale of one family’s eternal woes as a grand fresco of universal wisdom. A knockout.