Domingo and the Mist – first-look review 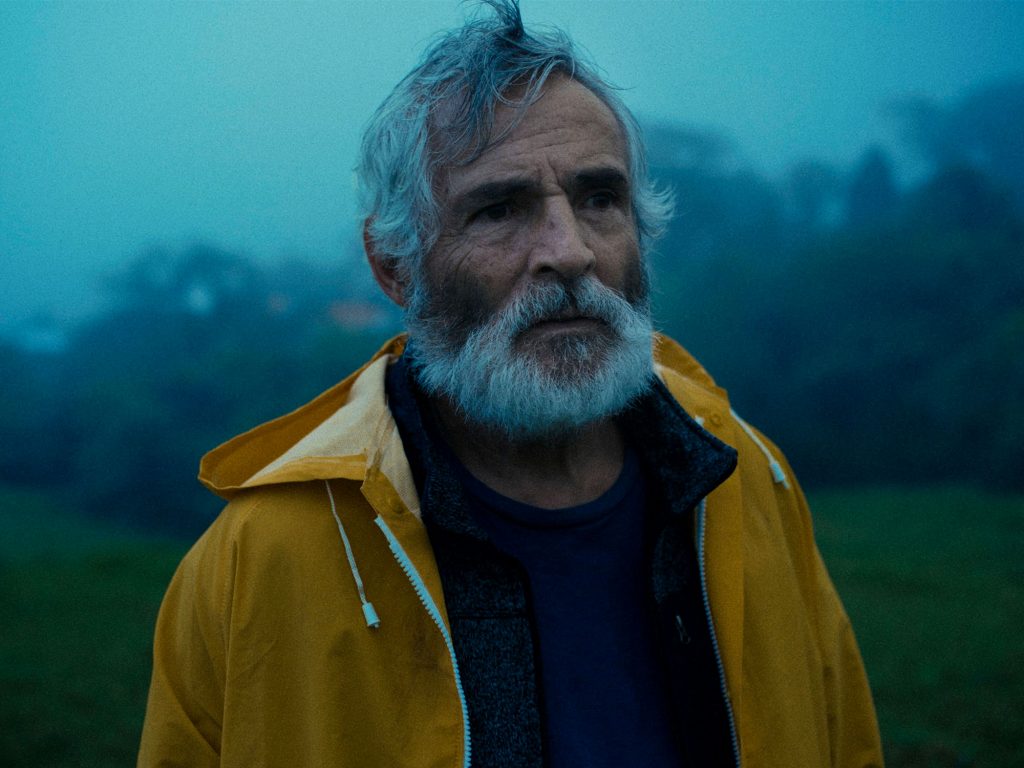 It may be one programmer’s predilections, it may be the disorienting experience of COVID and various quarantines finally making it into films, or perhaps it’s my own self-selection bias, but a trend is emerging at this year’s Cannes Film Festival. A significant number of the lower profile films in the Official Selection mingle fantasy with reality, never fully giving way to either.

Pietro Marcello’s Scarlet finds witches in the woods, Elena López Riera’s The Water has an enchanted river which takes women during monsoons, Ali Cherri’s The Dam revolves around a sentient tower of mud in the Sudanese desert, and Costa Rican writer/director Ariel Escalante Meza fills his film Domingo and the Mist with a beguiling fog which seems to bring the dead back to life. Or does it? What’s interesting about all these films, and Meza’s in particular, is how open they leave the fantastic element up to interpretation.

Domingo and the Mist follows a later middle-aged man named Domingo on a quest to save his home in the Cascajal de Coronado area of Costa Rica from demolition. The region is extravagantly lush – wild, green overgrowth spreads out in all directions, and climbs palm trees toward the sky. But someone wants to pave paradise and put up a highway. All but Domingo and two friends, Paco and Yendrick, have accepted the buyout by the time the film begins.

Among the three Domingo is the most radical in his resistance to the dispossession attempt. In an early scene he throws a rock at a surveyor and shouts, “screw you, fucker!” Once he starts hearing gunfire at night and sees a threatening man on a motorbike riding around the remaining occupants’ homes at all hours, Domingo brings a shotgun everywhere he goes. But he has more to lose than just his land and livelihood.

When the mist rolls in and blankets the jungle canopy, Domingo throws open his windows. It pours as smoothly and seductively as cream into his home, where it swirls around him and begins to speak in the voice of Sylvia, Domingo’s dead wife. Some of Meza and DP Nicolás Wong Díaz’s best work in the film is in staging and capturing the mist. At times it races through tight jungle corridors toward a far away clearing; other times it rises and spreads as gently as a loaf of bread, cottoning over the street lamps and diffusing the light exquisitely. Impressively, all the effects are practical.

Domingo and the Mist isn’t exhilaratingly paced or full of flashy performances or camera work, which may lose more impatient viewers. While it hews to a straightforward narrative arc throughout, Meza allows the film to drift into an atmospheric, meditative mode, full of long takes and glacially slow pans, as borderless and vaporous as the mist itself.

The film is also as heartrendingly emotional as it is bitingly political. “You have no idea how much I miss you,” Domingo says to the mist. And though we hear Sylvia recite poetic passages over scenes of Domingo and the jungle, we never see her spirit in the mist. Perhaps Domingo’s real connection is with the land, and his wife, his great love, is inseparable from the love of home.